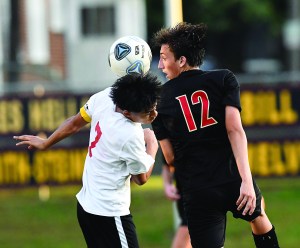 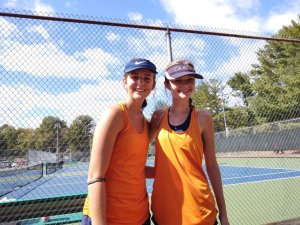 Carson’s doubles team of Riley Isley/Bree Whittington is headed to the 3A MW Regional. 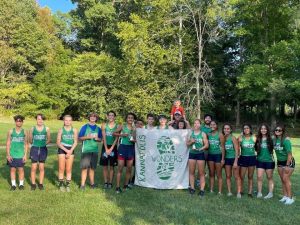 Colin Donaldson and Will Webb scored first-half goals for Salisbury in a 2-0 Central Carolina Conference win against East Davidson on Wednesday.

Luke Graeber’s free kick set up Donaldson’s header for a 1-0 lead with 34  minutes left in the first half.

After a Wade Robins save on an East Davidson corner, the Hornets countered with a goal by  Webb with 3:30 left in the half. Daniel Cuevas had the assist.

Wade Robins was phenomenal in goal, recording fourteen saves and preserved  the shutout.

“East Davidson applied continuous pressure throughout the match but we were able to withstand the pressure and Wade bailed us out multiple times,” Salisbury coach Matt Parrish said. “We looked to counter when opportunities were presented and tried to take advantage of set pieces.”

Brayan Avilez did not play.

Salisbury dominated the 2A portion of the 1A/2A Central Carolina Conference tennis  qualifier held at Lexington.

All six Hornets advanced to the 2A Midwest Regional.

The Salisbury doubles team of Millie Wymbs/Abby Campion won the championship with a 6-2, 6-1 win in the final against teammates Kate Burton/Emily Frick.

North Rowan’s Eva Lamanno was runner-up in singles in the 1A portion of the tournament and qualified for the regional.

In the South Piedmont Conference Tournament held in Concord, Carson’s doubles team of Riley Isley/Bree Whittington was runner-up and qualified for regional play.

In singles, West Rowan’s Lacy Waggone had to withdraw after an injury but placed fourth and qualified for the 3A Midwest Regional.

Ashley Yang had 13 assists and five digs for the Hornets. Ava Morris had 10 kills and five digs. Katie Peeler had 10 digs. Mallory Link had four kills.

On Tuesday, West Rowan wrapped up the South Piedmont Conference championship with a sweep at Carson.

Kelcie Love had nine kills and two blocks for the Falcons (20-2, 13-0), who will try to complete an undefeated SPC season tonight at South Rowan.

West Rowan will be hosting SPC volleyball tournament action next Monday (1 vs. 8 and 4 vs. 5 first-round games), Tuesday (semifinals) and Wednesday (championship).

Lake Norman Charter will host the 2 vs. 7 and 3vs 6 first-round matchups.

A.L. Brown won against Concord in the cross country version of the Battle of the Bell held at Vietnam Veterans Park in Concord.

Concord’s Daniel Tierney won the boys race in 19:18. JP Bautista finished second in 19:56 and led the Wonders to a win in the team scoring.