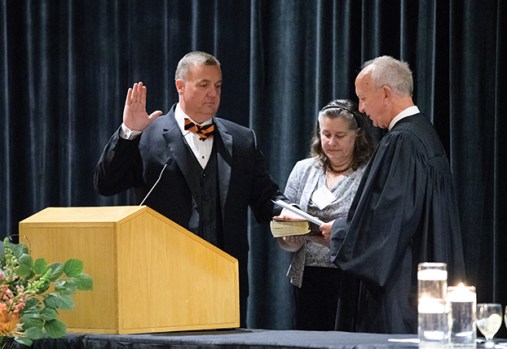 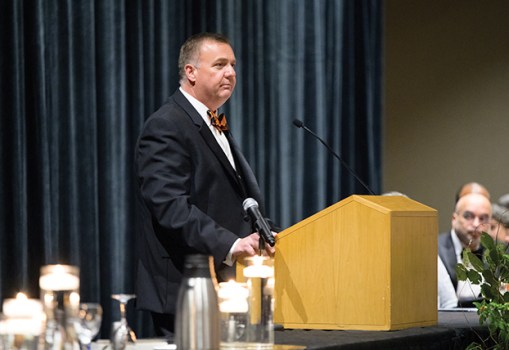 Salisbury attorney Darrin Jordan speaks at the State Bar's annual dinner. Jordan is now serving as president of the State Bar and is the first Rowan County lawyer to hold the position. Photo submitted by Brian Mullins.

Salisbury attorney Darrin Jordan was sworn in as the 87th president of the North Carolina State Bar at the organization’s annual dinner in Raleigh on Thursday night. The oath of office was administered by Chief Justice Paul Newby.

Jordan, a partner of Whitley Jordan, Inge & Rary, PA, is the first Rowan County lawyer to hold the position of State Bar president since the governmental agency was established in 1933. Jordan previously served as State Bar vice president and president-elect and represented Rowan County as a State Bar councilor from 2010-18.

Jordan earned his bachelor of arts from Catawba College in political science and accounting in 1987 and his juris doctor from Campbell University School of Law in 1990. Jordan has been a board certified specialist in criminal law since 2004. He maintains a state and federal criminal law practice in Salisbury and he is admitted to the federal district courts in both the middle and western districts.