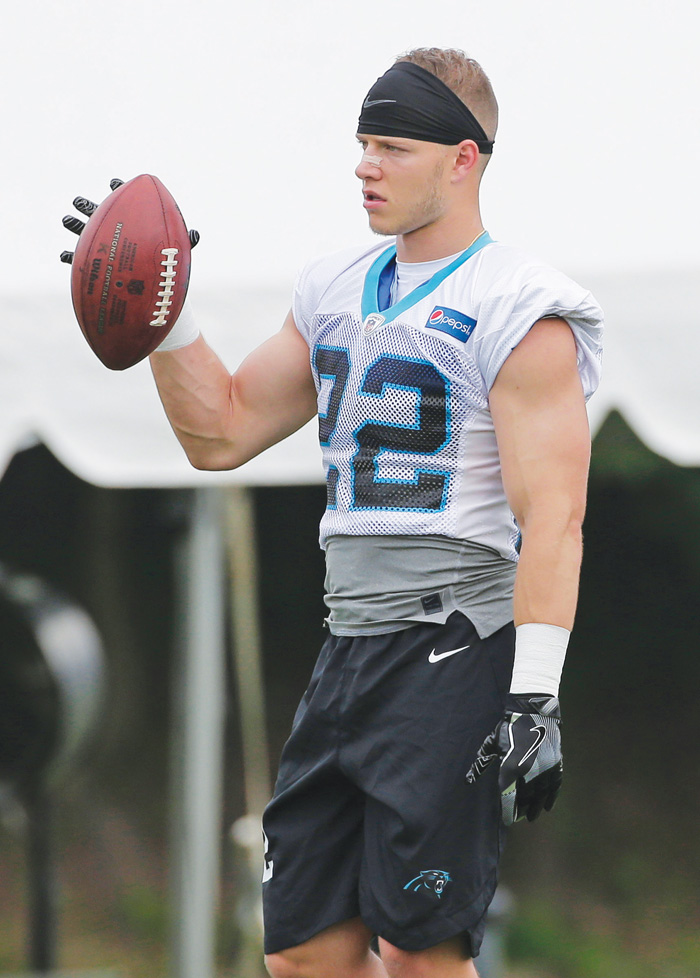 The Carolina Panthers’ 2019 All-Pro running back said he “definitely” feels like playing on a short week against the Houston Texans on Sept. 23 contributed to his strained hamstring, which held him out of last week’s 36-28 loss to the Dallas Cowboys.

McCaffrey has been limited this week in practice, but feels as if he might be able to play Sunday when the Panthers (3-1) host the Philadelphia Eagles (1-3).

However, Panthers coach Matt Rhule has said that will be a game-time decision.

McCaffrey pulled up during a first-quarter run against the Texans in Week 3 and has not played since.

He called the injury “extremely frustrating” and said it could have been avoided with more rest.

McCaffrey, who missed 13 games in 2020 because of injuries, said he thinks players need more time between games to recover from injuries.

He had 59 touches in his first two games, including 29 in the team’s Week 2 win against the New Orleans Saints. He had nine touches in the first quarter against the Texans before leaving the game.

“I think I’m not alone in this, but I would argue against them,” McCaffrey said when asked if he would like to see Thursday night games eliminated.

“I understand though it is part of the game. I can sit up here and complain, and I’m not complaining that’s for sure. But it is frustrating when you feel like it’s something that could have been avoided with a little more rest.”

McCaffrey said he “definitely feels good” after two days of practice and thinks he can play. But that decision will be up to Rhule, who did not address reporters on Thursday.

When asked if he would be willing to play Sunday on a limited basis, McCaffrey said, “Whatever they ask me to do, I will do.”

In other injury news, Panthers left tackle Cam Erving (neck) missed his second straight day of practice and center Matt Paradis was added to the injury report with an illness. Linebacker Shaq Thompson (foot) has already been ruled out of Sunday’s game.