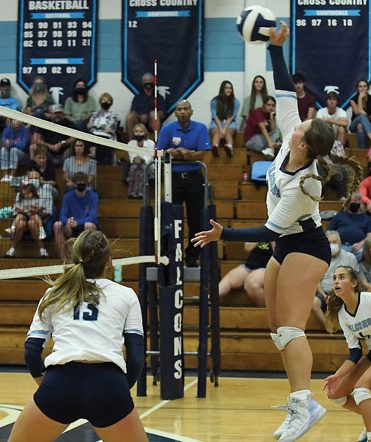 Catawba scored the opening goal in the eighth minute. Helen Summerell ran onto a long ball played from midfield by Katie Webb and dribble to the endline at the near post. Summerell drew the keeper then fed a pass to Hannah Dunn in the middle of the box. Dunn scored into an empty net for her team-leading 15th tally of the season.

Catawba doubled the advantage late in the second half. Summerell freed Jovana Sanchez on a breakaway to make it 2-0 in the 63rd minute.

Sierra Davis recorded six saves. With the shutout, the y Indians equaled a school record with a sixth consecutive clean sheet. Catawba has not been scored on over the past 573 minutes, which is just seven minutes shy of the school mark. Davis extended her scoreless streak to 564 minutes.

Cost is $30 per participant.  Registration runs through Oct. 23 at Hall Gym or online at www.salisburync.gov/play.

A basketball official clinic is set for Sunday, Oct. 24, at 5 p.m. at Hall Gym for anyone interested in officiating youth basketball.