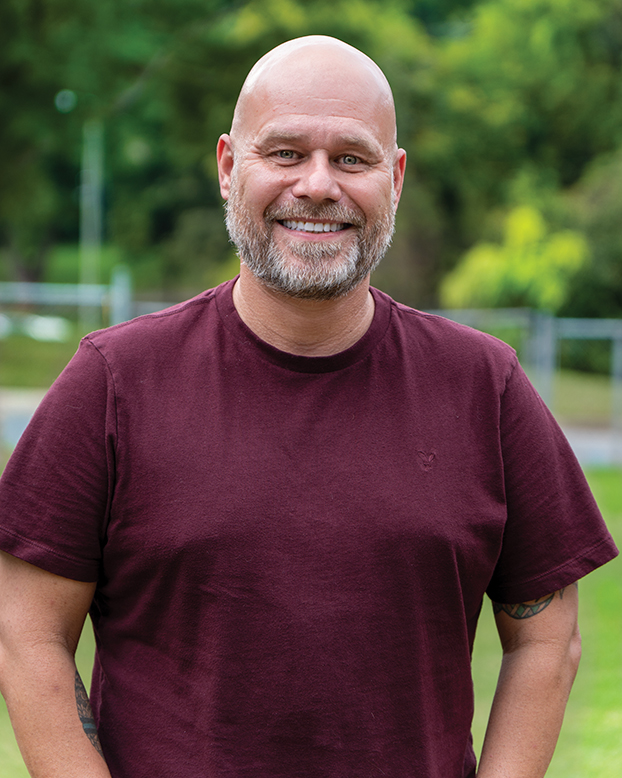 CHINA GROVE — There’s no doubt where home is for Joey Jordan.

Although Jordan was born in Concord, he spent his formative years in China Grove. It’s where he got his first job at the China Grove Drug Store at the age of 15.

About eight years ago, Jordan extended those roots even further by purchasing his family’s home in China Grove.

It’s Jordan’s passion for China Grove that prompted him to run for one of three open seats on the China Grove Town Council that will be on the line in the Nov. 2 election. The open seats are currently held by Brandon Linn, Arthur Heggins and Don Bringle, all of whom are seeking another term.

Jordan, 42, loves the town he calls home, but he thinks it could borrow a lesson from the city to its south.

China Grove doesn’t have a Minor League Ballpark anchoring downtown development, but Jordan believes that the town could experience a similar type of business boom.

“We’ve got to focus on our downtown area and the empty businesses,” Jordan said. “We’ve got a bunch of empty buildings that are sitting there and for some reason businesses are moving to Concord. We just had the pet groomer move to Salisbury. What was the deciding factor for them to leave? We’ve got to identify that and bring businesses in because if there’s businesses in town, No. 1 it’s more tax revenue for the town so it’ll lower taxes in other places and also it’ll give people more reasons to spend money in town.”

The first step in accelerate economic growth downtown, Jordan said, would be creating a clear plan for the type of businesses that would work in China Grove. Jordan mentioned he would like to use Charlotte’s artsy NoDa neighborhood as a template for how to form a strong downtown identity and bring in businesses that match it.

To recruit the right types of businesses, Jordan said he would take a personal approach and would also seek to sweeten the deal for entrepreneurs through tax incentives.

Jordan said his goal would not be to bring in all new businesses. He wants to find businesses that complement the existing restaurants and shops already in downtown China Grove.

As the owner of a water filtration company, Jordan views his business experience and acumen as an asset that would help him if elected.

“Running a business itself is a challenge, especially over the past year and a half,” Jordan said. “Before I was self employed I worked for another company and was a general manager there. It was a completely new startup company and we took that company from a brand new company to $8 million a year in a matter of five years. I believe in growth, I believe in education and learning what it takes to grow and I’m not afraid of a challenge.”

Jordan said the town council hasn’t been wasteful in budgeting, but he believes expanding the budget could help the town in the long run.

“There’s not enough money left to do different things for the community, to update the community or to incentivize new businesses to come in,” Jordan said.

One way to grow the town’s budget, Jordan said, is to welcome new housing developments. The town council has given the green light to a few major developments in the past several months, but Jordan believes more housing is needed.

Jordan’s other priorities if elected would be to bring more activities for the town’s youth and encourage political engagement. Jordan has a vision for what China Grove could be, but said he would always use his vote on the council to advance the will of the town’s majority.

“All I am is a voice for them,” Jordan said. “There may be things I vote on that I personally don’t agree with, but that’s what the majority of the neighborhood and community wants, so that’s what you vote.”

Jordan lives in China Grove with his wife, Amy, and his two children.