SALISBURY — A 22-year-old Salisbury man died last week after his motorcycle struck a Jeep that turned in front of him, according to the N.C. Highway Patrol. 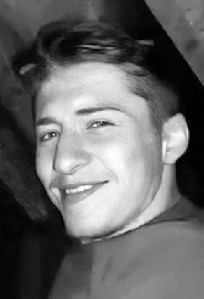 Cody Adkins died in the crash at 8:09 p.m. Sept. 30 near the intersection of N.C. 152 and Happy Lake Road, said Trooper N. Moultrie. Adkins was driving a motorcycle west on N.C. 152 when a Jeep traveling east on the same road attempted to make a turn onto Happy Lake Road.

The Jeep was driven by William Long, a 25-year-old from the Concord area, Moultrie said.

Adkins’ motorcycle struck the Jeep and he was thrown off. Moultrie said Adkins was wearing a helmet but he died at the scene.

Adkins was a 2017 graduate of Carson High School, where he played football. He worked at the Smoke Pit in Salisbury before going on to FESS Fire Protection, where he was employed at the time of his death.

Adkins’ obituary says he was a “kind hearted, hard-working, loyal son, brother, boyfriend, soon-to-be father, grandson, and friend with a heart of gold and one hell of a smile. He lit up every room he entered. He was absolutely adorable. He was loved by his family and friends and always enjoyed a good time.”

Trey Sloop of China Grove created a GoFundMe page to help with the Adkins family’s expenses, saying he’s thankful for the several years they were friends.

“I’ve never felt this type of pain before and I do not wish it upon anyone,” Sloop wrote on the fundraising page.

The funeral service is scheduled at noon Friday at Powles Staton Funeral Home with the Rev. Josh Montgomery officiating. The GoFundMe page for Adkins can be found at gofundme.com/f/54u94-helping-cody.

A full report from the N.C. Highway Patrol wasn’t available on Thursday.