The schools played 18 holes at Crescent on Tuesday. Salisbury’s top three shot 320 to win by 15 shots over West Davidson.

Salisbury’s Sydney Hlavacek was the CCC Player of the Year. Teammates Courtney Williams and Sophie Chmiel also made All-CCC.

Winning for the Falcons at No. 1 singles was Lacy Waggoner. 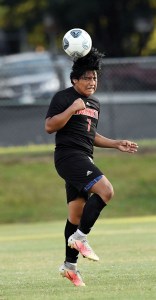 Salisbury takes on West Davidson at home tonight in a huge match. The Hornets lead the Green Dragons by a game in the Central Carolina Conference race.

The Rowan Championships are set for Thursday at Dan Nicholas Park.

There will be combined boys and girls jayvee race at 4 p.m.

A.L. Brown’s boys placed fifth, while the girls were sixth.

First place went to the team of Windsor Eagle, Paul Rogers and Dickie Peeler with a minus-31.

Second place went to the team of Don Bishop, Jim Brown, Larry Perrell and John Struzick at minus-29.

Third went to the team of Tom Longo and Chuck Jones with a minus-28.

Twelve eagles were made.

Team Bishop, Brown, Perrell and Struzick and Team Eagle, Rogers and Peeler eagles the par-4 No. 4 hole and the par-5 No. 6 hole.

Team Ford, Ellis, Caldwell and McClain eagled No. 6 and the par-5 18th.

Team Cauble, Scearce, Jordan and Miller eagled No. 6 and  and the par-5 11th.

No. 6 was eagled by Team Williams, Reid and Seamon,Team Luther, Luther, Luther and Clark and Team Newell, Teter, Bowers and Bost.

He started his career coaching football, basketball  and baseball.

In 2000, Bell moved over to the high school level, accepting a position as a football and baseball coach at West Rowan High School. Bell has been at West Rowan ever since and has become a staple in the community.

In 2004, Bell took over as the school’s athletic director.

He became a Certified Athletic Administrator through the NIAAA in 2009.

Bell is a member of the organization’s Mentor Committee, helping coordinate mentoring opportunities for new and young athletic administrators across the state.

Maurice Sumter was named as an assistant coach at Livingstone.

Sumter, a Virginia native, was previously an assistant coach Christopher Newport University. He’s also been an assistant at Virginia State for outstanding teams.