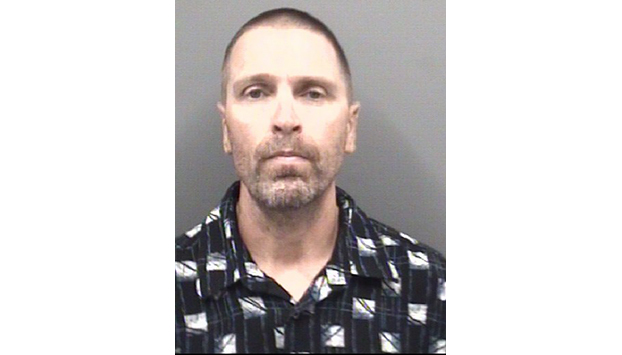 SALISBURY — A 48-year-old man was jailed Saturday with failing to report his new home address as a registered sex offender as well as a list of other charges.

The man had been placed on the Rowan Sheriff’s Office Most Wanted List on Friday before his arrest.

Howard Daniel Hilton was charged with felony failure to report new address. An arrest report lists Hilton’s address as 8097 Longbriar Drive. Registered sex offenders are required by law to report a change of address within three days. The North Carolina State Bureau of Investigation sex offender registry shows 11 offenses of indecent liberties with a minor for which Hilton has been convicted.

Hilton was also charged with felony possession of heroin, misdemeanor resisting public officer and misdemeanor possession of drug paraphernalia after arrest by the Kannapolis Police Department. A warrant states Hilton provided the arresting officer with a fictitious name and date of birth while the officer was serving an outstanding warrant. The warrant also states Hilton was in possession of a jar with a substance believed to be methamphetamine.

Additionally, Hilton was charged with misdemeanor second-degree trespassing, misdemeanor injury to real property and misdemeanor assault with a deadly weapon after allegedly causing $200 worth of damage to the vehicle of a woman’s home he trespassed in Kannapolis. The warrant states Hilton grabbed the woman by the arm, pointed at her with the knife and said, “One of us will die tonight.”

In other weekend warrants:

• Wesley Daniel Page, 23, of Salisbury was charged Sunday for three counts of felony possession of stolen motor vehicle and misdemeanor contributing to the delinquency of a juvenile after allegedly encouraging a 15-year-old to steal two vehicles. Additionally, he was charged with felony larceny of a motor vehicle, felony breaking and entering and felony larceny.

• Stephanie Walton, 32, of Salisbury was charged with two felonies after allegedly assaulting a detention center officer. A warrant states Walton bit two Rowan County Sheriff’s deputies on the hands while they were attempting to place her into a restraint chair at the facility. A separate report states the Rowan County Health Department recommended testing for infection or transmissible diseases from the bites. A $100,000 bond was set for Walton.

• Jacob Lee Beasley, 32, of Salisbury was charged Saturday with felony attempt to obtain property by false pretense after allegedly trying to return clothing to a Bass Pro Shop in Concord while knowing some of the clothes had not been paid for. The clothes were valued at $164.

• Christopher T. Cardinale, 43, of Salisbury was charged Friday for felony third-degree sexual exploitation of a minor after allegedly possessing an image of an 8-year-old engaged in sexual activity.

• Emma Kate Myers, 19, of Salisbury was charged Friday with felony obtaining property by false pretense after allegedly stealing a gift card from Belk on Klumac Road and using a receipt to issue a return of separately purchased property without physically returning the property.

• Kenneth Jewell Miller, 39, of Salisbury was charged Friday with felony possession of methamphetamine.

Ask Us: What are the rules for placing flags…