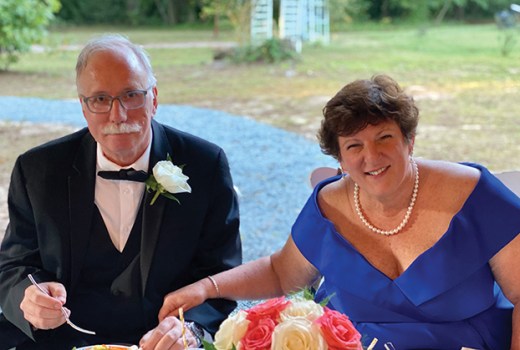 Alan Booker and Elizabeth Kiser Booker at their wedding at Century Gardens last weekend. Although the event was about their marriage, it doubled as a family reunion for Elizabeth's family who returned to a home that is special to them. Photo submitted. 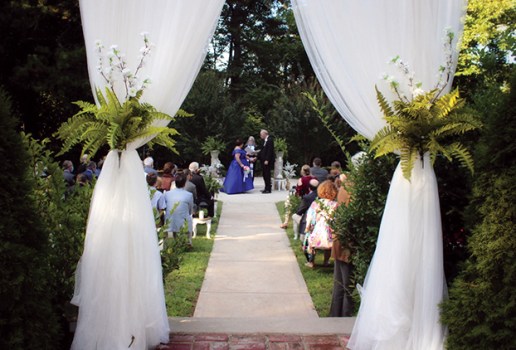 Elizabeth Kiser Booker and Alan Booker were married last weekend at the very same home where Elizabeth often visited her great grandmother. The house and its spacious yard have since been converted into a wedding and events venue. Photo submitted. 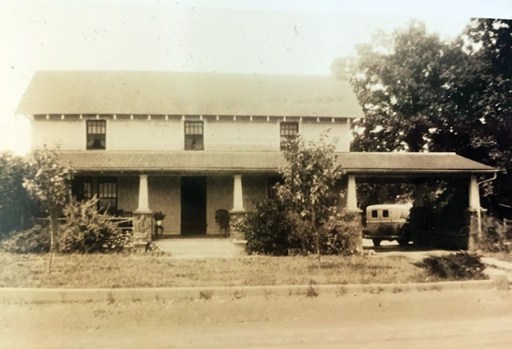 A photo taken of Ada Jane Dayvault's house, which has been converted into the Century Gardens wedding venue and bed and breakfast. Year unknown. Photo submitted. 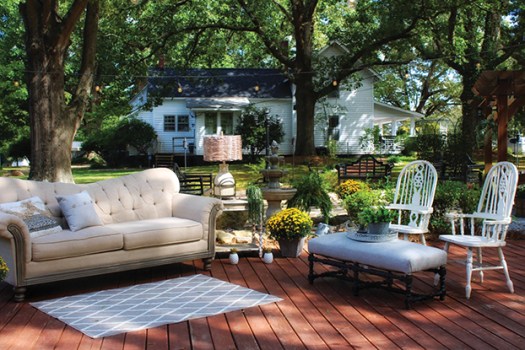 Century Gardens is a family-owned bed and breakfast and events venue in Kannapolis. Sarah Lucas, who helps her family operate the property, said the venue has become a hotspot for outdoor weddings during the pandemic. Photo submitted. 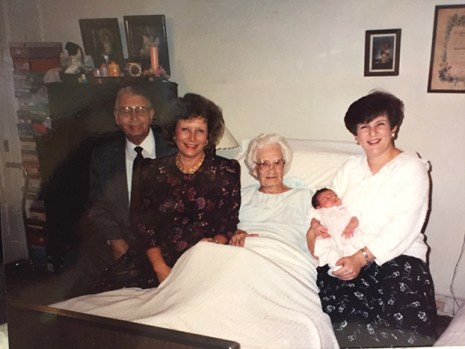 Whether it was in her well-kept garden or on her screened-in porch, Booker would find her great-grandmother waiting — oftentimes with a delicious treat in her hands.

“My mom would always say, ‘I know you don’t need a snack because I know where you’ve been,’ ” Booker said.

After school wasn’t the only time Booker visited Dayvault in her white house at 904 Rogers Lake Road. With a spacious and lush backyard, the two-story home was where the entire family gathered on Sundays after church to enjoy a meal together. If they were lucky, Dayvault would’ve toiled away to produce one of her homemade coconut cakes for dessert.

Dayvault’s house and yard was the site of many of Booker’s childhood memories. Last weekend, it became the place where she shared another special life milestone.

Elizabeth married Alan Booker in front of friends and family at Dayvault’s house, which has since been converted into a bed and breakfast and wedding venue called Century Gardens.

“It was wonderful,” Booker said. “We couldn’t have ordered better weather. Not too hot, sunny. It was just beautiful and we loved it. There were kids running around in the yard. It was just like old times.”

Booker and Alan live near downtown Cary in a 96-year-old old gray farmhouse sitting on about three acres of land. It’s where Booker teaches piano, flute and voice lessons. The house doubles as a music  studio, she said, because siblings of her students can run around and play on the property.

The house reminds Booker of her great grandmother’s.

“As I tool around in my old farm house and I take care of my flower garden, and I love to cook, I can’t help but to think of her constantly,” Booker said. “I think some of those things you grow up with stick with you like that.”

Booker’s flower garden may be beautiful, but she admits it doesn’t quite rival the garden kept by Dayvault that was brimming with corn, beans and squash. Dayvault, a China Grove native, was raised in a large farm family and was never afraid of a little yard work. She even told Booker stories about plowing a field behind an ox.

“She worked on her farm her whole life and I’m talking hard work,” Booker said. “We all attribute her living to be 98 to that farm work and what great shape she was in.”

While adept at driving a plow, Dayvault never drove an automobile. Every Sunday after church, a family member picked her up and brought her to her house on Rogers Lake Road. Whenever it stormed, a family member would drive and pick up Dayvault, who was terrified of bad weather. Or, they would stay with her in the white house until the clouds passed.

The house itself was built by Ada Jane Linn Dayvault’s father-in-law, John Wilson Dayvault, sometime in the 1870s. It’s where Dayvault lived with her husband, Aldine Caldwell Dayvault, until he died in 1951.

Booker was born 11 years after Aldine’s death, so she never got to meet her great-grandfather. She did, however, spend plenty of time with Dayvault, who passed away in 1992. Booker was 30 years old at the time and pregnant with her second child.

After Dayvault died, the white house where Booker spent much of her youth was sold out of the family. Booker would drive by the house when visiting her parents in Kannapolis, but she wasn’t sure what exactly happened to it until the summer of 2019.

“When I found out about it, I was at my oldest daughter’s baby shower and it just came up in conversation,” Booker said. “I was shocked. I was shocked it had become a wedding venue and that nobody had told me.”

Booker and Alan were planning their wedding at the time, a process that had been delayed by the COVID-19 pandemic. Once Booker heard about the house, the couple didn’t have to worry about where they would say “I do.”

“From that day on, we didn’t look at many other venues,” Booker said. “We knew that’s where we wanted to go.”

That’s when Booker reached out to the Lucas family, who owns and operates Century Gardens. Judy Lucas and her husband Michael Lucas live in the home and their daughters Brittany and Sarah, a real estate agent in the Charlotte area, help them manage the property.

When the Lucas family bought the home about five years ago, the interior of the house was in good condition. The outside and the backyard were not.

“Everything was overgrown,” Sarah said. “A lot of what we had to do was exterior stuff. We had to put down sidewalks, patios, ceremony sites, freshen up the paint, redo a few boards and wood. The inside was fine. It was very well maintained as far as structurally and mechanically. We cleaned it up and did some decorating, but most of the energy goes outside.”

Now boasting a beautiful outdoor ceremony space and a covered patio perfect for receptions, Century Gardens has become a hot spot for weddings during the COVID-19 pandemic.

“When a lot of places closed down, people came to us to do their events since it was safer and there were no restrictions,” Sarah said. “We were very busy.”

Century Gardens has played host to numerous nuptial ceremonies over the past few years, but none of them have been as special as Booker and Alan’s.

“A lot of times when we have weddings there it can be hectic, you want it to be perfect. You’re worried about so many things when you have an event,” Sarah said. “With this family, it was the most relaxed event. Everybody was so appreciative.”

The wedding, Booker said, ended up being more like a family reunion. Several generations of her family combed through the old house and its garden, reliving childhood memories together. After the ceremony, family members gathered around to sing and play instruments, a common occurrence at family get-togethers.

Although Booker has returned to her own historic house in Cary, she’ll bring with her another special memory from her great grandmother’s house.

More information about Century Gardens can be found on its Facebook page.