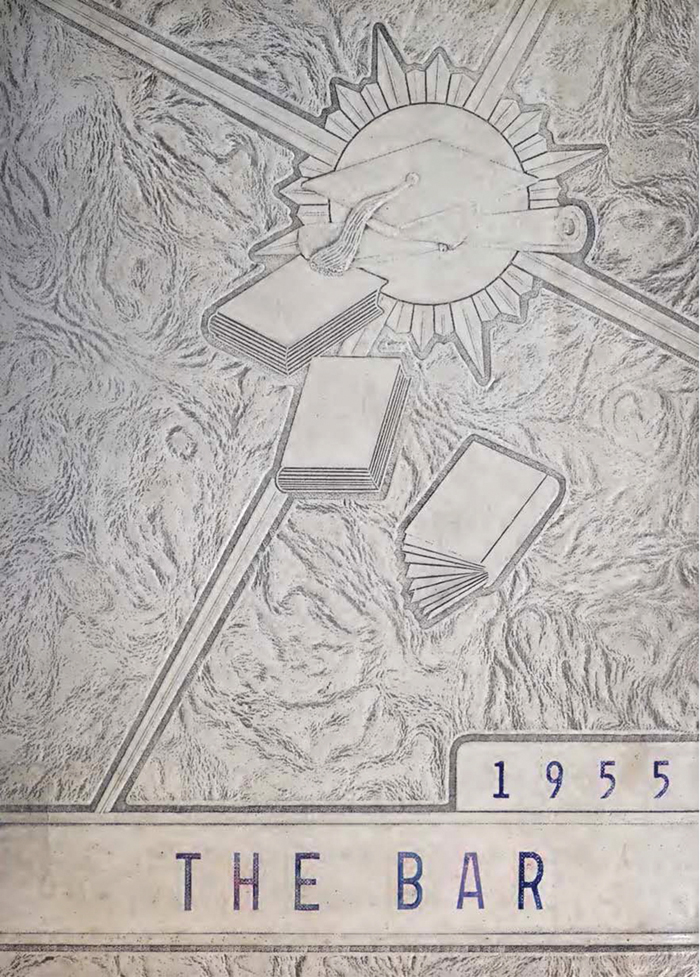 Submitted file photo — The library had access to numerous old yearbooks, like this one from the Dunbar School in 1955. The collection of yearbooks has been digitized.

SALISBURY — In 1924, a survey done by John H. Cook of the Greensboro Women’s College (now UNC-Greensboro) indicated a need in Rowan County for at least 18 schools with no less than eight rooms each.

That same year, Rowan County commissioners accepted a recommendation that included school sites for Cleveland, Woodleaf and Mt. Ulla. Two years later voters had approved the bond amounts and the schools were underway. One of the new schools reportedly would have an auditorium large enough to seat 800-1,000 people and a garage to hold eight to 10 school buses.

On the evening of Oct. 27, 1927, a formal dinner at 5 p.m. with a program to follow officially opened the Cleveland School. That same weekend, schools at Woodleaf and Mt. Ulla were also introduced with a dinner and program. These three schools served their neighborhoods until after World War II. After the war, schools all over the county were bulging at the seams; new and improved schools were on the horizon. By 1960, these three schools, along with many others in the county, had been consolidated into one of the county’s four new larger high schools.

The History Room at the library has in its collection many of the annuals created by the senior classes of these three high schools. Unfortunately, some volumes are missing. There are no annuals from the 1920s or 1930s. Mt. Ulla’s Keepsake is the largest collection containing annuals from 1942-1959.

The annuals are now available online through a link on the website of the Rowan Public Library Edith M. Clark History Room at https://www.rowancountync.gov/1516/History-Genealogy. Once on the History and Genealogy page, scroll down to the Rowan County Yearbooks list. Each school has its own link to Digital NC, which hosts the electronic copies of the annuals. Access does not require a library card, a PIN or a password, just choose which high school you’d like, click on the link, select a year and browse through the book turning pages as though it were right in front of you.

Patrons have the ability to download these images and/or print them. Take a few minutes to browse through these books; you might find a mother, grandmother, or uncle.

Even if you don’t find a relative, it’s enjoyable to read the “History of the Class,” the superlatives page, or class prophecy. Clevana’s 1957 “Senior Statistics” page reported that the average male student was 5 foot, 10 inches tall and weighed 159 pounds while the average female weighed 125 pounds and stood at 5 foot, 5 inches. Their favorite movie stars were Rock Hudson and Jayne Mansfield.

Woodleaf’s Acorn of 1948 reports Maude Lee Swicegood or “Squee” is “frank, sincere, and likes chocolate milk (two pints at a time).”  Superlatives range from “best dressed” and “most likely to succeed” to “wittiest” or “most musical.”

If anyone has copies of yearbooks RPL does not have in the collection, consider lending them to the library to enable digital copies to be made. Contact Gretchen Witt at gretchen.witt@rowancountync.gov.

Gretchen Witt is supervisor of the Edith M. Clark History Room  at the Rowan Public Library.