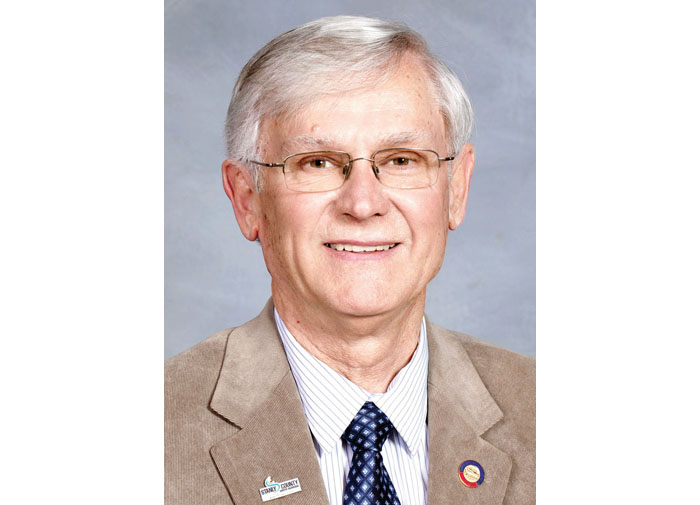 Pharmacy benefit managers can be thought of as contractors who have the ability to dictate how much a pharmacy can charge a customer for medications. PBMs are paid by health insurance companies and Medicaid to be the middle man and negotiate prices with drug manufacturers.

Additionally, the law blocks overpayment on fees and prohibits PBMs from preventing pharmacies the ability to dispense any medication or retaliating against them. The law will strengthen enforcement from the state’s insurance commissioner, who could petition a court to order PBMs to pay restitution to pharmacies if they violate certain policies.

Though not a primary sponsor, Sasser, a Republican representing parts of Rowan, Stanly and Cabarrus counties, filed a similar bill that died during the 2019-20 legislative session. This time, Sasser said he approached the Senate to work with them on the legislation. Sasser is the only pharmacist elected to the General Assembly, chair of the House Health Committee and the main House conferee, which meant he was responsible for ironing out details and amendments of the bill.

Sasser said the new law isn’t as strict as the actions taken by other states, but it’s a start when it comes to more transparency around medication and the negotiating process of health care costs. He would eventually like to see stronger measures, including the ability for average patients to see the price of their co-pay compared to the cost of medication.

“It’ll produce more transparency in terms of what people are paying for insurance and what services they’re entitled to,” Sasser said.

But patients won’t necessarily be able to see directly what those costs are. Under the new law, the Department of Insurance is tasked with crafting regulations and reporting requirements relevant to a PBM’s license and contract. In 2018, the Ohio auditor found its state’s PBMs charged the state a spread of more than 31% for generic drugs, which amounted to nearly four times more than what had been previously reported.

In a letter submitted to Cooper last week urging his signature on the bill, the Alliance for Transparent and Affordable Prescriptions stated its coalition was concerned about the role PBMs play when it comes to price increases in the total costs of prescription drugs for patients, which can result in the patient’s inability to “access affordable and life-saving medications.”

Earlier this month, the Affordable Healthcare Coalition of North Carolina praised the Senate’s version of the bill and the work they did to make the bill what it was while also criticizing the House for including amendments that the organization said could result in higher medication costs for patients. One amendment would have prevented PBMs from negotiating lower 340B drug costs, but it failed after no senators voted in support.

Sasser said the amendment was intended to protect hospitals that purchase medication through the 340B program at a discounted rate, adding that it helps smaller, more rural health care entities recover revenue losses accumulated from providing services to indigent patients, or those uninsured and underinsured. He added that it would have provided additional protections for all hospitals that participate, including larger ones, in the event the federal government makes changes to the 340B program.

Sasser said he didn’t view his vote and work on this measure as a conflict of interest. He currently works about five hours each weekend at Medical Pharmacy of Locust but he no longer owns or operates any pharmacies. Additionally, he said his status as the legislature’s lone pharmacist and a familiarity with how such processes work proved him to be a subject matter expert when ironing out details of the bill.