Fried, Riley power Braves past Phillies; magic number down to 1 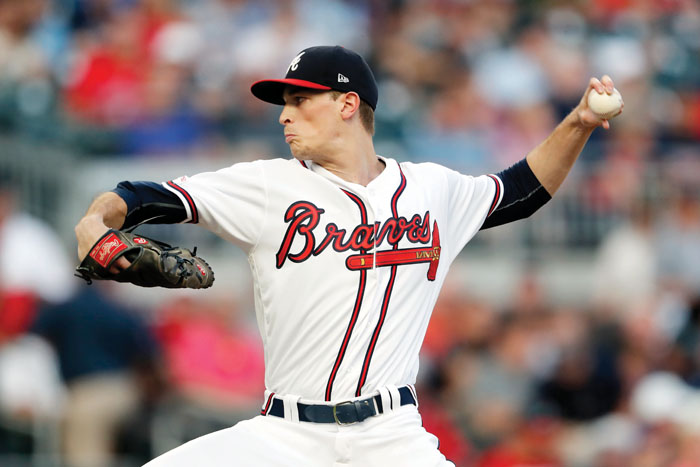 ATLANTA (AP) — With the Braves closing in on a division title, Max Fried wanted to pick up where Charlie Morton left off the night before.

“I think it just kind of alleviated any kind of stress or anxiety coming into it, just knowing that he went out there and laid everything on the line and had such a good start,” Fried said. “I just wanted to follow that up.”

The Braves have won nine of 11 and reduced their magic number to one. Philadelphia, which dropped 4 1/2 games back in the standings with its third straight loss, can be eliminated from postseason contention with one loss or one Atlanta win. The teams conclude their series on Thursday; each has three games left after that.

Fried (14-7) improved to 7-0 with a 1.46 ERA over his last 11 starts, and the Braves are 10-1 in those games. The lefty allowed two runs — one earned — and four hits with no walks and six strikeouts.
Morton threw seven scoreless innings to beat the Phillies on Tuesday.

“It’s been huge,” Atlanta manager Brian Snitker said. “Charlie last night, and Max coming off a nine-inning complete game. Honestly, he was probably spent after the sixth and he went out in the seventh and had a 1-2-3 inning. It just shows the pitch ability of this kid and what he can do. They’re both battle tested as they continue to do now. That’s pretty good to have two guys like that you can lean on.”

Aaron Nola (9-9) gave up three runs and seven hits in six innings. He has a 6.00 ERA in six starts this month.

Bryce Harper, a leading candidate to win his second NL MVP award, and cleanup hitter J.T. Realmuto are a combined 0 for 15 in the series. Harper, who snapped a 23-game on-base streak, is 0 for 7 with five strikeouts. He struck out three times against Fried.

“We have to win every game so we’ve got to do whatever it takes, obviously, and then we need a lot of help,” Girardi said. “It’s frustrating. The game kind of got away from us in the seventh. Nola battled his butt off to only give up the three runs tonight, but again we didn’t do much off Max Fried tonight.”

Atlanta led 3-1 when Ozzie Albies singled to begin the third inning and scored from first on Eddie Rosario’s two-out double.

Riley made it 5-2 in the seventh with a two-run double off Héctor Neris down the left-field line. Dansby Swanson followed with a two-run single up the middle off Sam Coonrod for a 7-2 lead.
Ronald Torreyes’ RBI single in the second inning ended a streak of 17 2/3 scoreless innings for Fried. Odúbel Herrera had two doubles for the Phillies.

Fried, who won his seventh straight decision, pitched a three-hitter last Friday at San Diego and tossed seven scoreless innings to win 3-0 on Sept. 19 at San Francisco. The lefty had gone 0-1 with a 5.40 ERA in two previous starts against the Phillies this year. Fried’s 38 victories since the start of 2019 are second-most in the majors during that span, trailing the New York Yankees’ Gerrit Cole (43).

Albies scored his 100th run of the season to become, at 5-foot-8, the second-shortest player in major league history with a season of at least 30 homers, 100 runs and 100 RBIs. Hack Wilson, listed at 5-6, accomplished the feat from 1927-30 with the Chicago Cubs.

DOWN ON THE FARM

The Phillies announced the hiring of Preston Mattingly, the son of Miami Marlins manager Don Mattingly, as director of player development. He spent the last five years as San Diego’s coordinator of major league scouting and game planning.

Phillies RHP Kyle Gibson (10-8, 3.60 ERA) will face the Braves for the first time this season as he pitches opposite RHP Ian Anderson (8-5, 3.60) in the finale of the three-game series. Gibson won his only previous start against Atlanta. Anderson has no decisions and a 3.09 ERA in four starts against the Phillies this year.