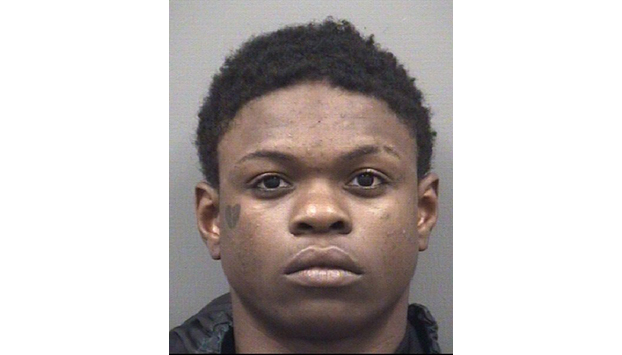 SALISBURY — An 18-year-old man faces charges for ramming his head into a sheriff’s deputy’s chin, shoving a gun into her bulletproof vest and running away.

Dayshun Lamont Davis, whose address is on Miller Avenue in Salisbury, was arrested Wednesday for assault with a deadly weapon on a government official, two counts of resisting arrest and carrying a concealed gun.

The sheriff’s deputy, who was on duty, went to a restaurant to get a drink at 3:15 a.m. Wednesday. She was flagged down when she reached the restaurant because two men were passed out in a vehicle in the drive-thru line, according to a news release. After the deputy wasn’t successful in waking the men, she called for a Salisbury Police officer to help. Other first responders, including EMS and firefighters, also responded in case the men had overdosed.

When the men woke up, the female deputy noticed one of them kept putting his left hand under his leg, the news release said. When he didn’t comply with commands to keep his hands visible, the man allegedly pulled out a gun, shoved the gun into the upper left corner of her bulletproof vest, rammed his head into her chin and then ran.

Law enforcement officers at the scene ran after him but were unsuccessful in catching him. K-9 officers also tried to track him without success.

A search that included help from the N.C. Highway Patrol helicopter continued in the area on Wednesday. Warrants were obtained for Davis and he was later arrested at his Miller Avenue residence without incident.

He was booked into the Rowan County Detention Center with a $500,000 bond.