SALISBURY — Rowan-Salisbury Schools is looking for ways to pay its hourly workers more, and a finalized state budget may be a big part of the equation.

During the Monday meeting of the district Board of Education, Chief Finance Officer Carol Herndon walked the board through details of a recent study on how the district pays its classified staff.

These employees include hourly positions like bus drivers, nutrition workers and maintenance crews. The district falls on the low end when compared to similar districts throughout the state, particularly those in wealthier counties nearby.

Superintendent Tony Watlington has been upfront about the issue since he started in January, as the study by the firm HIL Consultants was wrapping up.

After receiving the results of the study, the district then had to go through each classified employee and place them in the correct place on the new scale. This will, broadly, result in increasing pay for classified employees, but the implementation will not be immediate.

The district is waiting on a potential state budget that could help cover much of the cost of pay increases. Gov. Roy Cooper is in negotiations with Republican state leaders and district officials are hopeful about the passage of a budget that would increase the minimum wage for state employees to $13 per hour and at least pay for increases to positions funded by the state. 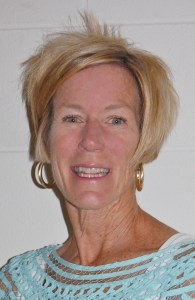 Herndon told the board most classified positions are paid for with state, rather than local funding, and noted one of the three draft budgets calls for paying more for every state employee, regardless of whether the position is funded through state or local money.

The lowest starting pay in the district is currently $11.66 per hour, so if a state budget is implemented this year, the baseline increase would be at least $1.34 per hour for those employees.

Herndon told the board implementing the entirety of the recommendations in the pay study will likely take multiple years, and the next step for the district is to get confirmation on the state budget, set priorities for what to implement first and look at how the changes will affect the district’s other budget line items.

Herndon said the district’s current thinking is to implement the study over a three-year timeframe if the state budget comes through.

“I’m fairly confident we can start that phase in approach this school year,” Herndon said.

She said the district needs to begin conversations with the Rowan County Board of Commissioners so they can understand the local funding needs the district has as well.

“Now is the time to start having related conversations with our county commissioners,” Herndon said.

Board chair Kevin Jones voiced appreciation for the finance and human resources departments’  work. “It’s not cheap and it’s not something that’s easy to do, or we would have done it already,” Board Chair Kevin Jones said.

“We’ve just got to make sure our county commissioners are on board with this so we can get the operational budget to where we need it to be to make sure we are staying up with the times,” Hightower said.

Board member Travis Allen noted his concern, while the change will help RSS employees, if the state funds an increased minimum wage for state employees then surrounding districts will benefit as well.

Herndon noted many other districts are already at or above the $13 minimum wage, and the district feels good about salary grades scaling up with years of experience.

“You’re absolutely right, we’re not going to have a competitive advantage by paying $13-an-hour, but experienced personnel will see some really meaningful increases because of the way we built our scales starting with $13,” Herndon said.