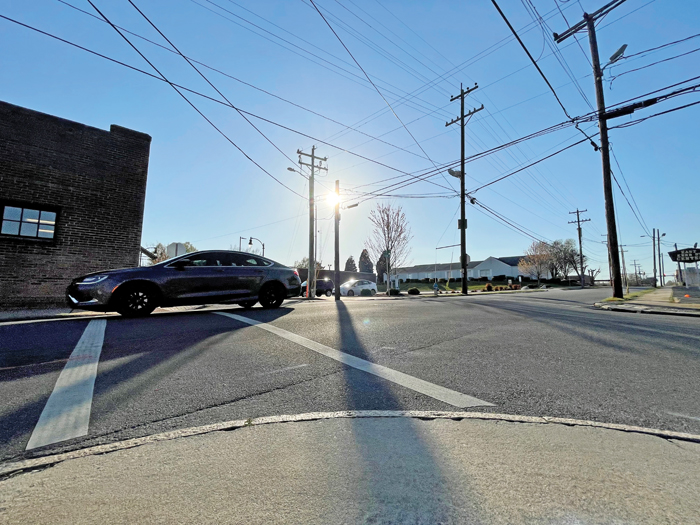 SALISBURY — Persistent shortages and delays in the production of traffic paint will likely push the city’s inaugural Paint the Pavement project back to the spring.

The city and Public Art Committee first made the call to postpone the project in July after realizing the tentative date scheduled for July 25 would not be possible due to difficulties ordering the specialty paint needed. That same problem persists, says Urban Design Planner Alyssa Nelson, with no clear indication of when the traffic paint would be available.

The project is the result of a grassroots effort led by local artist Taylor Ellerbee and attorney Whitney Wallace Williams and modeled from Charlotte’s project in 2017. A subcommittee of the Public Art Committee in May selected five paintings from more than 30 submissions to be featured on five crosswalks within Salisbury’s Railwalk Arts District. Four will be painted at the intersection of Kerr and Lee streets and one at the mid-block crossing on East Kerr Street next to Lee Street theatre.

The city often uses the Salisbury branch of Sherwin-Williams, located at 800 West Innes St., to order paint for its projects since it receives a discounted rate there. While other manufacturers have been considered, the project’s tight budget and the need for specialty paints have further limited options, Nelson said.

The selected pieces will feature colorful depictions of children, trees, vegetables, raised fists symbolizing unity and notable Salisbury locations like Bell Tower Green Park and the Salisbury Depot. The pieces “reflect the history, culture and vibrancy of Salisbury” and will use a variety of bright colors.

The project’s budget is $2,000, which comes from a grant the Rowan Arts Council received in December.

In an article published by CNBC earlier this month, Julie Young, vice president of global corporate communications for Sherwin-Williams, cited the delay in “production disruptions coupled with surging architectural and industrial demand” that have pressured the raw materials supply. This has also resulted in driving up the price of such materials.

Nelson said difficulties in coordinating with artists’ schedules, upcoming citywide projects like annual BlockWork and colder weather means “it may make sense to hold off until spring.” In cold weather, there is a risk of paint freezing and then bubbling, and it’s more difficult to apply paint evenly and smoothly. PAC members have suggested different types of paint that may not last as long, but the city intends to purchase traffic paint that can accommodate the paintings for at least a full year.

“There are still plans to make the project happen,” Nelson said.