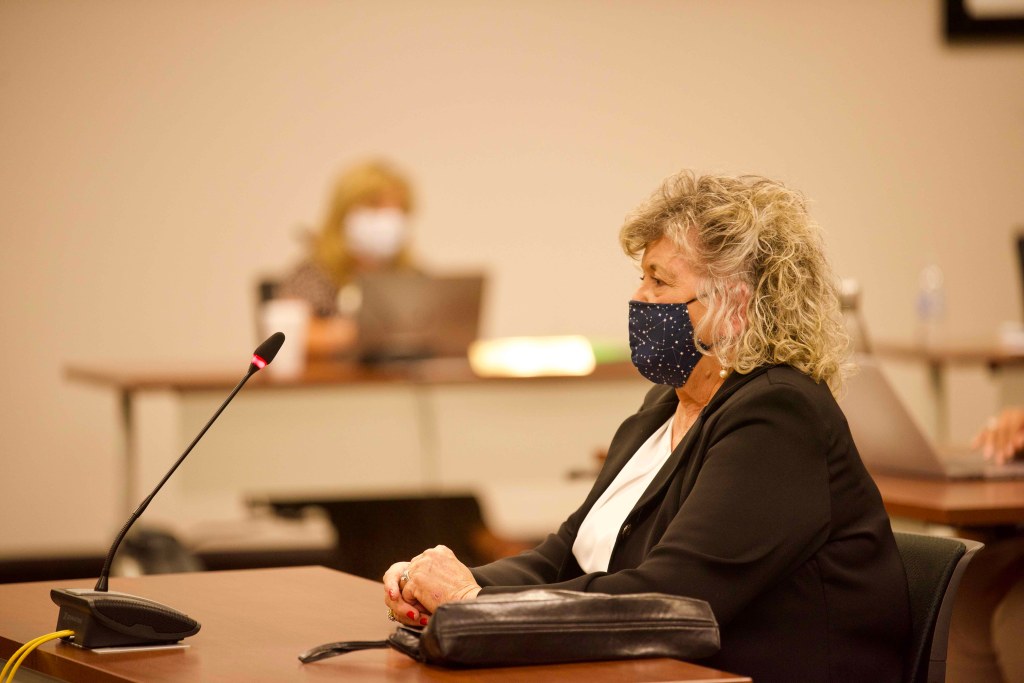 Carl Blankenship/Salisbury Post - Lynn Marsh being interviewed by the Rowan-Salisbury Schools Board of Education on Sept. 13.

SALISBURY — The Rowan-Salisbury Schools Board of Education on Monday appointed Lynn Marsh to fill its vacant seat for the next year.

Marsh, a veteran educator who retired from public school education and currently works as an adjunct professor teaching education at Catawba College, was interviewed by the board publicly during its Sept. 13 meeting. Marsh attended RSS schools and spent her career as a teacher and principal with RSS as well as Cabarrus County Schools.

The board voted on nominees with four members present and only needed three votes to appoint Marsh. Chair Kevin Jones along with members Jean Kennedy and Travis Allen voted for Marsh. Member Brian Hightower voted for Travis Billings.

Billings, a teacher and coach for Kannapolis City Schools, was also interviewed by the board at the Sept. 13 meeting.

Marsh and Billings were selected out of a field of eight candidates to be interviewed. Board members said both were good candidates with experience in the field.

“I was really impressed with both candidates,” Allen said. “I felt they were really well represented in their education and their involvement in Rowan County.”

During her interview, Marsh told the board she believes the district’s renewal status is positive and was supportive of the teacher-led design teams in each school.

Board attorney Ken Soo then walked the board through voting procedures it could use to appoint the new member. Soo said the board could vote for nominees like they would in an election, selecting one, or to vote on each nominee individually. The board agreed to call for separate votes on each candidate.

Marsh will serve in the seat vacated by Susan Cox until the general election of next year. Cox served just under a year of her term before resigning to move to Guilford County, closer to her family.

Cox accidentally won reelection in 2020 after attempting to lose the contest. She endorsed her opponent after the deadline passed to have her name removed from the ballot. When Cox was the clear winner despite trying to lose, she told the Post she did not intend to serve the full duration of her third term.

Next year, the remaining two years of the term will be up for election. Afterward, the seat will return to its regular cycle of being up for grabs every four years.