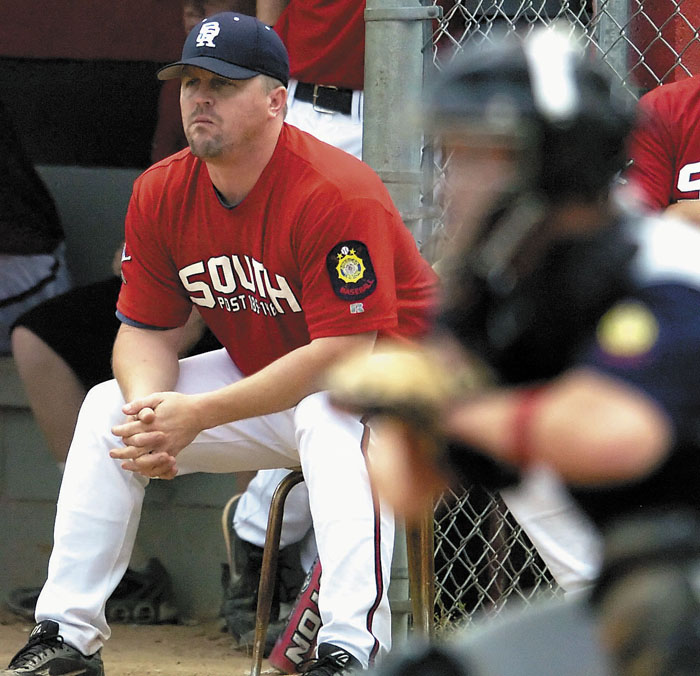 The Blue Monster that towered toward the sky in left field at West Rowan High was one of Wright’s pet projects.

Bill Ford Field on the campus at Concord High will serve as a lasting monument to Wright’s love of the game.

“David was a builder,” said Ernie Faw, who coached Wright in his high school playing days at South Rowan and assisted Wright while he was the head coach at Concord. “He turned a football practice field at Concord into a really classy baseball stadium.”

Wright died on Sunday, Sept. 19, at 51. A rare form of cancer that physicians were never able to fully diagnose or contain attacked him, exhausted him and finally took him. He passed away at Lower Cape Fear LifeCare in Wilmington.

Millie Frye, Wright’s mother, said she’s received hundreds of texts, calls and emails in the past week. Wright impacted many young people, some of them Concord, West Rowan and South Rowan American Legion ballplayers, but also non-athletes that he worked with as a teacher of exceptional children.

“David’s life was one that mattered,” Frye said. “He was a wonderful son, so loved and so respected.”

“He was an undersized kid who worked really hard, built himself up and became a fine player,” Faw said.

He was good enough to go on to play baseball at Carson-Newman, the college where his father, Enochville legend Frankie Wright, had played football.

Current Carson-Newman head baseball coach Tom Griffin was a young coach at Tusculum when Wright was playing for the Eagles.

“I coached against David and saw first-hand his abilities as a player,” Griffin said. “I also saw a fierce competitor who was the spark plug for that club. When I went to coach at Carson-Newman, David was a true asset for our program. He suggested players that he coached or coached against that he felt would be good fits for us.”

Wright graduated from Carson-Newman in 1993.

When Wright entered the coaching/teaching ranks years later, he was hired as Concord’s head coach. He called on Faw to assist him.

“That was a great honor,” Faw said. “David was a fine coach, a player’s coach, and the kids loved him and responded to him. He was really good at handling egos. We even won a tournament at Concord. David ran a good ship.”

A few years later, Faw endorsed Wright who was hired to coach the South Rowan American Legion team, a position he would hold for three exciting summers.

South’s 2007 team included future pro players Rudy Brown (10 homers, 6 wins) and Daniel Wagner (.474, 10 homers, 26 steals, 56 RBIs in 40 games) and was one out away from making it to the state tournament. In the decisive Game 7 of  an Area III semifinal series, South scored a run in the top of the ninth at Randolph County’s McCrary Park to take a 4-3 lead, but Randolph scored twice in the bottom of the ninth to pull out the game and the series.

Wright impressed a lot of baseball people with the effort and production he coaxed from his first South Legion team, and when Chris Cauble left West Rowan to get the program started at Jesse Carson, Wright was chosen as the right man to follow Cauble at West.

Wright coached the Falcons to four winning seasons from 2007-10 — 15-11, 15-11, 15-10 and 14-12. His hitters included Rowan County Players of the Year Weston Church and Hernan Bautista and Division I players Jon Crucitti and Philip Miclat.

Wright’s father died early in 2011 and that loss drained something out of the coach. Wright felt the tug of a change of scenery. He resigned at West early in the 2011 season. A move to the beach offered more opportunities to operate baseball clinics, something he dearly loved.

He wouldn’t coach a high school team again, but he continued his teaching career. He poured the love he’d had for baseball into his students.

He made his biggest impact at the J.C. Roe Center in Wilmington where Wright was the intensive behavior support teacher and Special Education chairperson.

“David’s knowledge of Special Education and his ability to create relationships with struggling students was innate,” J.C. Roe principal Kimberly Morrissey said.  “He was an integral part of the success of many students, past and present, at J.C. Roe and we will feel his loss for years to come.  The JC Roe school community is devastated by this loss and will always remember David with the utmost love and affection for all he has contributed to education over the years.”

Wright took on new interests after leaving Rowan County. He enjoyed music and taught himself how to play the guitar. He joined a band that played at the beach and at local clubs.

“The last thing I ever imagined David doing was getting up in front of people and singing,” his mother said.

In addition to his mother and brother Jason, Wright is survived by his wife Michele, daughter Kennedy and son Boston.

A local celebration of Wright’s life is being planned, although COVID restrictions at local churches have made that a challenge. Wright’s mother is still working on the best venue and date.

A scholarship is being set up in his honor to help an aspiring baseball player at Carson-Newman.

“David had help when he was at Carson-Newman, so this would be very important to him,” his mother said.

Donations for that scholarship can be made to the Eagle Club c/o Baseball Program, CNC Athletics, 2130 Branner Ave, Jefferson City, Tn 37760.

“David made an impact on a lot of people in the game of baseball, both the men he played with and those that he coached,” Griffin said.  “He will be missed but not forgotten.”