SALISBURY — The Rowan County Chamber of Commerce has announced the successful completion of its “Having Fun in 21” recruitment campaign with the addition of 57 new members.

The business advocacy organization originally set out to add 50 new members, but surpassed that number. New member investments were $25,100 compared to a goal of $17,500 and total investments reached over $82,700.

“The business advocacy efforts of the Chamber are certainly appreciated by our community,” Chair-elect of the Rowan Chamber Brad Walser said in a news release. “We greatly appreciate all our Campaign volunteers who helped us tell the Chamber’s story!” 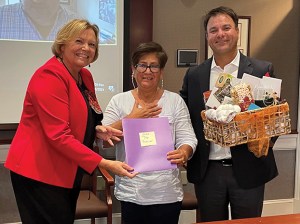 Businesses unable to join during the campaign who are still interested in membership can contact the Rowan Chamber at 704-633-4221 or info@rowanchamber.org or www.rowanchamber.com.

“I am excited to announce the following promotions,” Fire Chief Parnell said in a news release. “This is a great group of firefighters who have not only displayed hard work and dedication but have also invested in themselves and Salisbury Fire Department. I congratulate and thank each one of them for their service to our department and residents.”

Arnold joined the department in 2016 and was promoted to Engineer in 2019. He is a graduate of Central Cabarrus High School and earned a bachelor’s degree from Purdue University. Arnold is currently pursuing a master degree from Liberty University and is also currently serving in the Army National Guard Reserve. He is assigned to Engine Three “B” shift.

Gantt joined the department in 2018 and was promoted to Engineer in 2020. She is a graduate of East Rowan High school, earned a bachelor’s degree from Catawba College and a master’s degree from Appalachian State University. Gantt is assigned to Engine One “C” shift.

Tanner has twelve years of service, joining the department in 2009, and was promoted to Engineer in 2015. He is a graduate of East Rowan High School. Tanner is assigned to Engine Four “A” shift.

Woodall joined the department in 2020, coming from the North Charleston Fire Department in South Carolina. He is a graduate of Athens Drive High School, and he earned a bachelor’s degree from Charleston Southern University. Woodall is assigned to Engine One “B” shift.

Renner joined the department in 2019. He is a graduate of T.C. Roberson High School, earned a bachelor’s degree from UNC-Wilmington and a master’s degree from North Carolina State University. Renner is assigned to Engine One “C” shift.

Sands joined the department in 2019. He is a graduate of Douglas County High School in Georgia and earned a bachelor’s degree from Catawba College. Sands is assigned to Engine Four “C” shift.

Vodochodsky joined the department in 2017. He is a graduate of East Rowan High School and earned an associate’s degree from Rowan-Cabarrus Community College. Vodochodsky is a veteran of the U.S. Army. He is assigned to Rescue Two “B” shift. 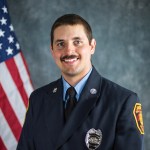 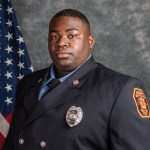 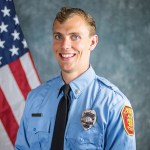 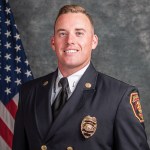 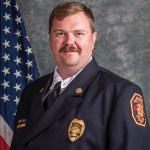 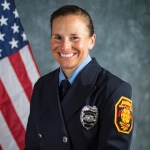 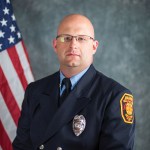 “Cigna has been aggressively growing its MA business across the country over the past three years, adding geography and new plans to serve more people eligible for Medicare,” Debra Smith, vice president for the southeast region of Cigna’s Medicare business, said in a news release. “We’re very pleased to have Diana come on board during such an exciting time to help us to continue this trajectory.” 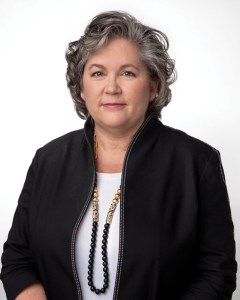 In this role, Storey will help oversee the growth of Cigna’s Medicare Advantage plans in North and South Carolina.

Storey boasts more than two decades of experience in Medicare in the Carolinas and has a strong background in Medicare sales, marketing and network management. Storey is a graduate of the University of North Carolina at Chapel Hill.

Headquartered in Bloomfield, Connecticut, Cigna Corporation is a global health service company. Cigna offers a variety of Medicare Advantage plans in the Charlotte, Greensboro/Winston-Salem, Charleston and Greenville/Spartanburg areas, as well as Anderson and Pickens counties. To learn more about Cigna Medicare, visit www.cigna.com/medicare.

The event was a concentrated effort to attract candidates in need of employment and have fun while doing it. Hire Dynamics created a scavenger hunt, a raffle for a gift card, corn hole and gave away sweets. The employment agency was able to connect multiple candidates with open positions in Rowan County.

Hire Dynamics still has over 100 positions available and take walk-in appointments Monday – Friday from 9 a.m-3:30 p.m. More information about Hire Dynamics can be found at hiredynamics.com or by calling 704-633-191. 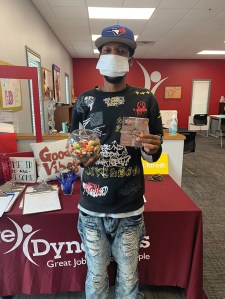 An employment candidate holds up the prizes he received during the Hire Palooza event hosted by Hire Dynamics earlier this month.

She closed her practice in October 2018 to return to Chattanooga, Tennessee, to care for her elderly father who passed away in February 2021. This freed Cindy up to come back to N.C. and do what she loves best, working with the Rowan Salisbury community providing individual counseling to adults.

Cindy accepts Blue Cross Blue Shield insurance as well as self pay. You may reach her at 704-277-3801. Please note, this is a new contact number.

LEXINGTON — This month marked one year since EGGER officially started production at its facility near Lexington.

Located in the I-85 corridor, the plant is the company’s first in North America and focuses on manufacturing raw particleboard and particleboard lamination as the Austrian-based company aims to better serve the U.S. market.

The facility, which now employs more than 400 employees, has upheld its commitment to Davidson County’s economic growth and investment in the local workforce by exceeding the number of projected jobs created during phase one. The second phase of development, which will focus on finishing lines for added production value, is set to begin in 2025 with an additional 300 jobs planned over the next 10-15 years.

“It is hard to believe how far we’ve come since first selecting Lexington as the future home of EGGER’s 20th plant, to now being fully operational for 365 days and counting,” Carsten Ritterbach, plant manager, commercial services, said in a news release. “We are immensely grateful to everyone who has played a role in EGGER Lexington’s brief history and we look forward to continuing to build the company’s presence in the Davidson County community as we gear up for phase two in the coming years.”

Construction on the one million square-foot facility began in April 2018 with production officially starting last September – on time – despite being in the middle of an ongoing global pandemic. The facility contributes to the regional economy through the purchase of wood byproducts from sawmills in and around the state, and through work with a range of local suppliers.

More information about EGGER can be found online at www.egger.com/shop/en_US/.

Thus far, the SBA has awarded over $10 billion in economic relief to nearly 12,000 venues, providing support to theaters, live venues and other entertainment and cultural hubs as they recover from the pandemic, re-open and continue contributing to local economies.

Per the Economic Aid to Hard-Hit Small Businesses, Non-profits and Venues Act, and the American Rescue Plan signed into law by President Joe Biden, those who received an initial grant and illustrate a 70% loss when comparing 2021’s first-quarter revenues to the same in 2019 are eligible to receive a supplemental grant.

“America’s performing arts venues and related businesses have been among the hardest-hit during this pandemic. Our SBA team has helped approximately 12,000 of these treasured community institutions secure a combined $10 billion to weather this crisis and build back better,” Guzman said in a news release. “The majority of the Shuttered Venue Operators Grants have gone to businesses with 50 employees or less – which means we’re reaching our smallest businesses, who suffered disproportionate impacts from the pandemic and were often left out of early rounds of relief.”