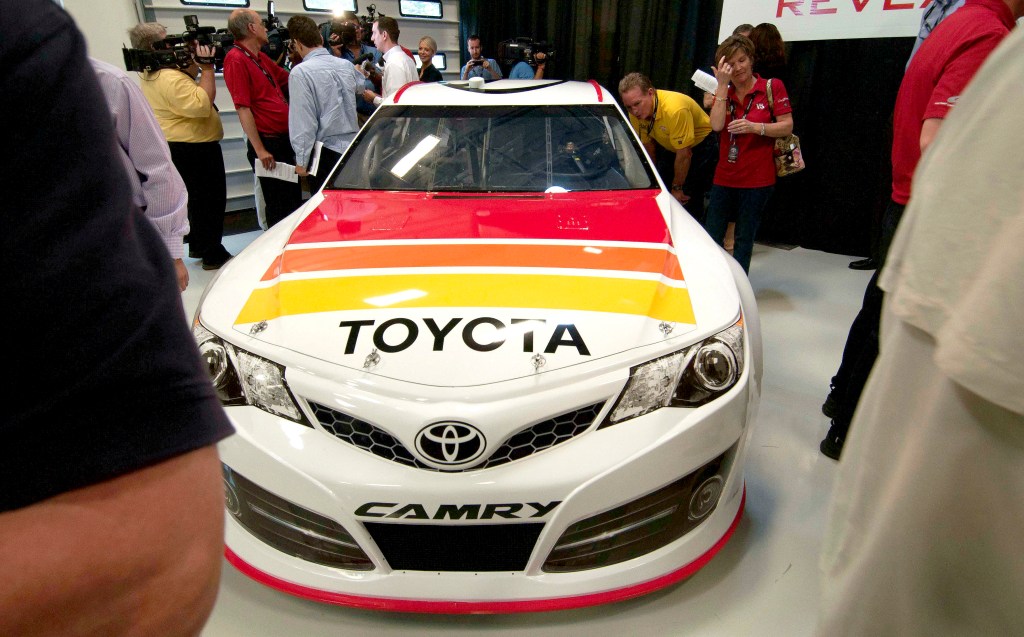 Toyota has been part of the NASCAR circuit for years and first entered the Truck Series in 2004. It has eight driver championships and 11 manufacturer’s championships. File Photo By Jon C. Lakey, Salisbury Post.

LAS VEGAS (AP) — Toyota will use its Tundra TRD Pro in NASCAR’s Trucks Series next season as part of an overhaul to the vehicles used in the third-tier series.

The Tundra TRD Pro was unveiled before Friday night’s race at Las Vegas Speedway. It will make its competition debut in next season’s opener at Daytona International Speedway in February.

The new body for 2022 helps Toyota celebrate the launch of new Tundra models on showroom floors. Toyota tries to race vehicles that closely resemble production vehicles and Toyota is the only manufacturer that fields three different body styles across NASCAR’s top three series.

Toyota next year will field a Camry TRD in the Cup Series, which is switching to Next Gen models in 2022. The Toyota Supra is the Xfinity Series entry.

“The NASCAR Camping World Truck Series has always been extremely important to Toyota not only in our history, but our focus at our dealerships,” said Paul Doleshal, group manager of motorsports for Toyota Motor North America.

Toyota first entered NASCAR in the Truck Series in 2004 and has eight driver championships and 11 manufacturer’s championships. Ben Rhodes’ win in the season-opening race at Daytona was the 200th victory for the Tundra.

Toyota is on pace this season to earn a 12th manufacturer’s championship. Six of the 10 drivers that qualified for this season’s Truck Series playoffs compete in Toyotas.