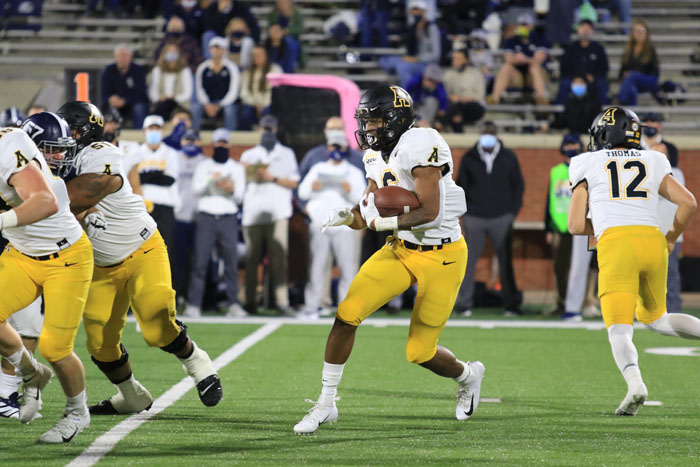 BOONE (AP) — Camerun Peoples ran for three touchdowns and Nate Noel rushed for 87 of his 187 yards on a game-saving drive and Appalachian State defeated Marshall 31-30 on Thursday night.

After Chandler Stanton’s 45-yard field goal put the Mountaineers on top with 5:45 to play, the defense held but Robert Lefevre’s 45-yard punt pinned Appalachian State on its 8-yard line with four minutes remaining.

Noel then carried five-straight times, the last two 41- and 22-yard bursts that put the Mountaineers (3-1) on the Marshall 5. Quarterback Chase Brice then knelt down three times to run out the clock.

After the second of Brice’s touchdowns, Rasheen Ali had a 97-yard kickoff return to give Marshall a 20-14 lead. But Brice capped a third long drive with a touchdown two seconds before halftime to put Appalachian State back on top 21-20.

The former conference rivals from the FCS days were meeting for the second time as FBS schools with Marshall winning 17-7 last season.