SALISBURY — As soon as the court clerk read the verdict aloud, the tangible tension enveloping the courtroom immediately gave way to gasps and uncontrollable crying. 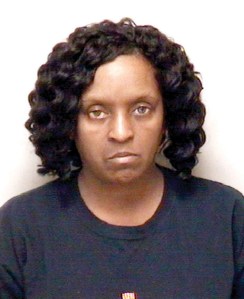 Better known to friends and family as “Milkbone,” Davis died shortly after being shot twice by Mason during a scuffle he was involved in with Mason and her friend Andrea Dillard at the Fishzilla Arcade on East Innes Street. The physical altercation followed a verbal argument also involving Davis’ longtime girlfriend, Cheviss Bennett.

The guilty verdict concluded a nine-day trial that featured video and photo evidence, multiple testimonies and impassioned arguments from both the prosecution and defense.

The prosecution in the case was led by Assistant District Attorneys Barrett Poppler and Jennifer Greene, who called a number of eyewitnesses and law enforcement officers to build the case that Mason acted unlawfully in killing Davis.

“I appreciate the hard work and dedication of Assistant District Attorneys Barrett Poppler and Jennifer Greene in the trial of this case, along with the thorough investigation conducted by the Salisbury Police Department,” District Attorney Brandy Cook said in a statement. “I also appreciate the attentiveness of the jury during the past two weeks. I sincerely hope the guilty verdict provides at least a small sense of closure for Mr. Davis’ family.”

The defense in the case was led by Ryan Stowe and Todd Paris, who tried to prove that Mason killed in self defense and in defense of Dillard. In his final statement in the trial, Paris said Mason could take solace in the fact that her best friend did not get choked to death on the floor of the arcade that night.

The jury began its deliberations once closing arguments finished on Wednesday afternoon. After another hour of considerations on Thursday morning, jurors watched all three videos of the scuffle and shooting at both half and normal speeds. The jury deliberated for a little over an hour after a lunch break before reaching its decision.

After the guilty verdict was delivered, Paris asked for the jury to be individually polled. When the court clerk asked each of the 12 jurors if guilty was in fact their verdict, each confirmed that it was. The jury also had the option to find Mason guilty of voluntary manslaughter.

A somber Poppler said there were “no winners” in the case and that it was a sad situation for all involved.

Davis’ mother thanked both the judge and jury for the verdict and said the family has been devastated in the three years since Davis was killed. She described Davis as a good son and good friend who would always go a step further for those he loved. Bennett also thanked the judge and jury and said that the three children they had together have suffered in Davis’ absence and that he is still missed.

While Mason remained relatively emotionless when the verdict was read, she wiped tears from her eyes as friends and family members pleaded with the judge to deliver a lenient sentence. Several of Mason’s friends who worked with her for more than two decades at the Rowan County Department of Social Services fought through their emotions to describe Mason as a “upstanding person” and a good friend.

“I love this person as much today as I’ve loved her since I’ve known her,” said Audrey Wright, one of Mason’s former coworkers.

Tomika Fuller, Mason’s cousin, said Mason has “always been a protector” and was trying to protect Dillard in Fishzilla that night.

Superior Court Judge Lori Hamilton sentenced Mason, 45, to a minimum of 12.5 years (150 months) and a maximum of 16 years (192 months) in prison for the crime. Hamilton gave Mason a lesser sentence after finding three mitigating factors — that Mason has a good support system, a positive employment history and is a person of good character. Mason had no prior criminal record.

Mason did not speak after the verdict was delivered. With her friends and family in tears in the back of the courtroom, Mason was taken directly into custody. The defense appealed the guilty verdict, which means that an appellate defender will be assigned to review the case for any errors.