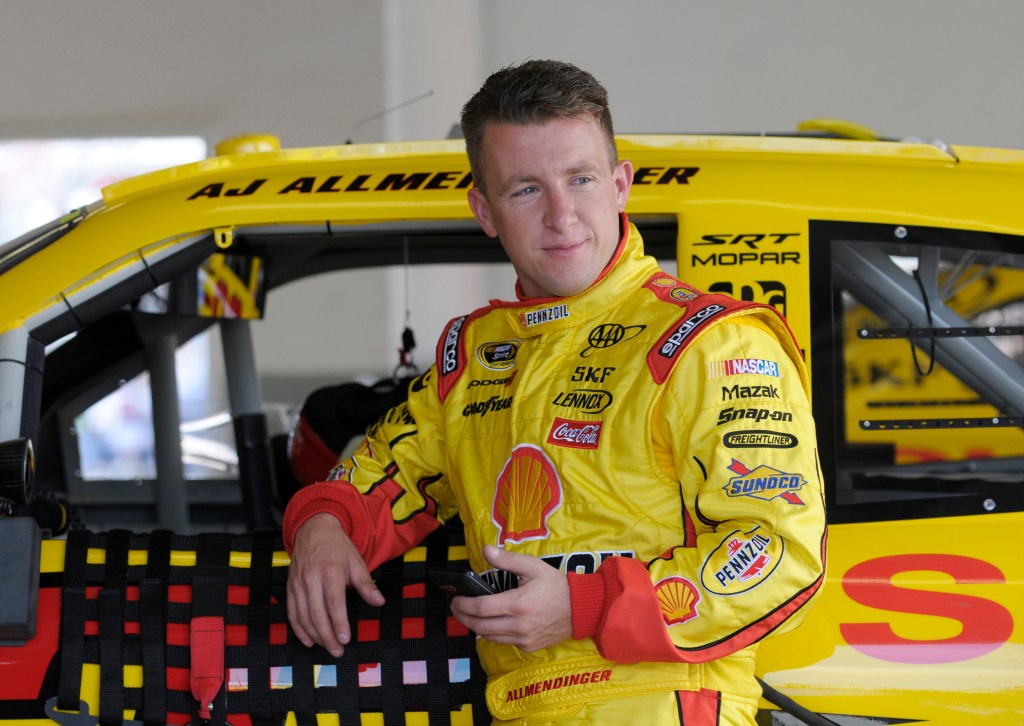 A.J. Allmendinger’s victory at Bristol was his fourth of the season in the Xfinity Series, and he was the Cup winner on the road course at Indianapolis, for a career-best five wins in a NASCAR season. (AP File Photo/Phelan M. Ebenhack)

The dramatic close to the NASCAR Xfinity Series regular season showed just how far AJ Allmendinger will go to win his first title. It also enforced to Austin Cindric what he’s up against in his bid to defend his championship.

Allmendinger  bumped and banged his way around Bristol Motor Speedway over the  weekend and slid across the finish line sideways, sparks and smoke spilling out of his Chevrolet, as he crashed his way past Cindric for the regular-season title.

That finish will stick with Cindric over the seven-race playoff stretch that begins Saturday at Las Vegas Motor Speedway.

“It certainly confirmed for me the lengths that he would go to in certain racing situations,” Cindric said Tuesday. “I don’t think it changes how I race, I intend to race for a championship in a certain way. I’m not going to marry myself to this comment, but I don’t intend to change that right now.”

This title fight promises to be fierce as Allmendinger continues to seize on every magical moment of his career rebirth. He never expected to be racing for a championship, but yet here he is two seasons removed from what seemed like retirement as the top seed in the playoffs.

“As we saw coming to the checkered at Bristol, I’m willing to do whatever it takes — put my body on the line, you know, risk making a pass, whatever I have to do to go win this championship,” Allmendinger said. “I got nothing to lose.”

Allmendinger’s win at Bristol was his fourth of the season in the Xfinity Series, and he was the Cup winner on the road course at Indianapolis, for a career-best five wins in a NASCAR season. He actually matched his overall career best from 2006, when he raced in the Champ Car Series.

That final season in open-wheel racing was the last time Allmendinger raced for a championship. All five wins that year came after he switched teams four races into the season and he clawed his way back into the title fight won by Sebastien Bourdais.

He moved to NASCAR the next season and never again ran for a title, leaving him little experience for what’s ahead despite 16 seasons of racing at the top level.

“All I can look at it is I got nothing to lose, it’s one of those things that this late in my career I didn’t expect,” Allmendinger said.

Allmendinger had walked away from full-time racing after the 2018 season, his fourth consecutive year that below-average on-track results weighed too heavily on his personal life and mental health. He took a television job, ran some sports car races and helped Kaulig Racing build its race team by running five Xfinity races.

Kaulig stretched the number to 11 last year and then persuaded ‘Dinger to run the full Xfinity schedule this season, as well as a handful of Cup races. Allmendinger viewed it as an opportunity to be part of building an organization with friends.

He had reasonable goals with Kaulig, a team that had only scored one victory away from road courses and superspeedways at the start of the season, and running for his first major championship seemed to be a reach. Now in this position, he’s not taking anything for granted.

“We’ve seen when I can get down and how low of a point that is,” Allmendinger said. “So I really try to celebrate and be happy about all these great moments. I know the saying is, ‘Don’t let the highs get too high and the lows too low,’ but I’ve thrown that out the window because I’ve experienced lows and I’m loving this.”

Cindric certainly wasn’t pleased with the Bristol finish, which cost him a second consecutive regular season title. But he has an appreciation for Allmendinger. “There’s something to be said for where he’s at in his life and his career and how motivated he still is,” Cindric said. “Anyone who knows him, that’s not much of a surprise, but I think he’s hungry as ever and he doesn’t care what anyone else thinks and he knows he’s definitely more at the end than he is at the beginning. It’s fun to see him that way.”