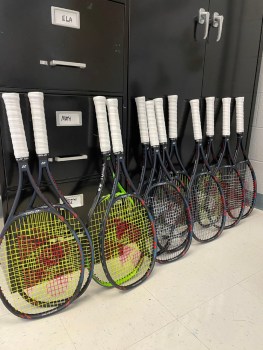 The most current version of the Yonex VCore Pro 97 rackets sell for $239. 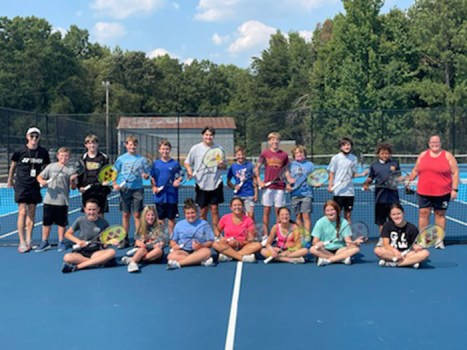 The Erwin Middle School boys are 3-1 this season and the girls are 1-0. Submitted photo

SALISBURY — The Erwin Middle School boys and girls tennis teams received rackets from Yonex as part of the company’s celebration of  75 years in business.

All 17 of Erwin’s tennis players received the gently used rackets under the auspices of Erwin Athletic Director Allison Adams’ nonprofit, the Ed Dupree Memorial Scholarship and 5K Run, which seeks to promote opportunities for athletics for children and adults in the East Rowan community.

Adams founded her nonprofit in 2019 in memory of her father, Ed Dupree, a legendary running enthusiast, sportswriter for the Salisbury Post and assistant basketball coach for Adams at Erwin Middle School from 2001-2013. He passed away in 2017.

This donation was made possible by Yonex’s Buy 1, Give 1 Donation Program. Yonex teamed up with Naomi Osaka to donate one racket for every Limited Edition EZONE sold (up to 1,000) to celebrate the return of tennis and help communities in need. The model donated is the Yonex VCore Pro 97. The most current version of this model retails for $239.