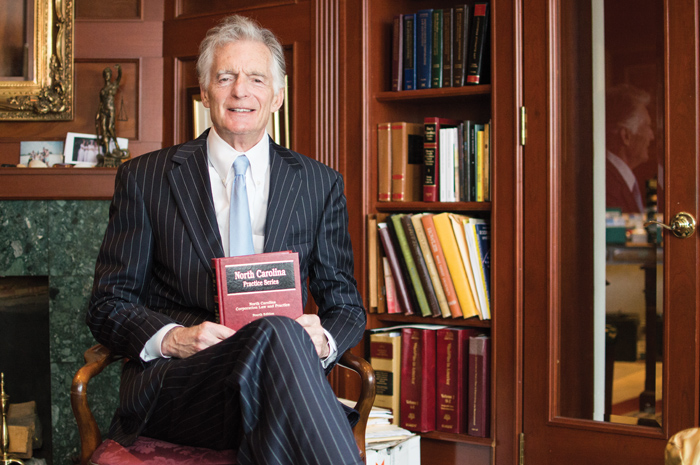 LEXINGTON — A memorial service will be held today for Jim Snyder Jr., an attorney, author and conservative candidate for statewide office in North Carolina.

Lancaster said her father ran for elected office because he “wanted to make a positive difference for his community, for the state, for the world … and felt a calling to do that.”

Snyder grew up in Lexington and ultimately attended Wake Forest University, where he played basketball, and went to its law school. He served briefly in the North Carolina legislature in the early 1970’s to serve out his father’s unexpired term when he died. Snyder kept the family’s law firm in Lexington going after his father’s death and practiced law until 2018, Lancaster said.

A larger-than-life figure who stood at 6 feet, 7 inches, Snyder also wrote nearly 20 books, including novels, recollections and “The Conservative Mind: A New Model for Government.”

The service was scheduled for 1 p.m. today at First Baptist Church in Lexington.