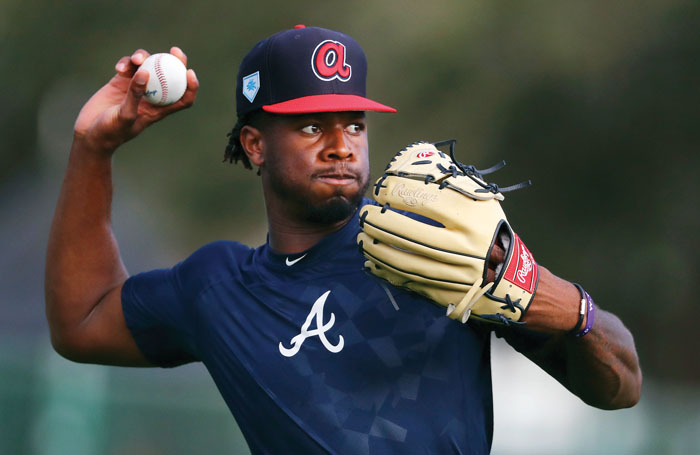 ATLANTA — Brendan Rodgers hit a tiebreaking, two-run homer in the fifth inning, Trevor Story went deep in the second and the Colorado Rockies held on to beat the Atlanta Braves 5-4 on Tuesday night.

Jon Gray pitched five innings as the Rockies, far back in the NL West standings, moved to 22-51 on the road coming off a four-game series win at Philadelphia.

NL East-leading Atlanta, going for its fourth straight division title, began the night with a 4 1/2-game lead over Philadelphia. The Braves had won five of seven.

Atlanta put two on in the ninth inning before Carlos Estévez got Jorge Soler to pop out for his his eighth save in 13 chances.

Colorado led 4-2 when Raimel Tapia singled and Rodgers hit his 12th homer to left, chasing Braves starter Touki Toussaint. Jacob Webb, the next Atlanta pitcher, allowed a double to Charlie Blackmon and walked Story. After a double play advanced Blackmon to third, Webb got Ryan McMahon to ground out and prevent further damage.

The Rockies tacked on a run to make it 5-2 in the sixth when Garrett Hampson tripled and Rio Ruiz had a pinch-hit sacrifice fly.

Adam Duvall, the NL RBI leader with 101, hit his 35th homer, coming off Jhoulys Chacin in the eighth, to trim it to 5-4.

The Braves tied it at 2-all in the fourth when Travis d’Arnaud and Dansby Swanson hit consecutive doubles. Swanson entered with a .109 average over his last 14 games.

Colorado, which improved to 9-2 at Truist Park since it opened in 2017, went up 2-1 in the second. Story hit his 22nd homer, a 430-foot shot to center that marked the 14th time he’s connected in 32 career games against the Braves. McMahon walked, advanced to third on Elias Diaz’s single and scored on Hampson’s single.

Atlanta led 1-0 in the first when Soler doubled and scored on Freddie Freeman’s single.

Gray (8-10) improved to 4-0 with a 2.74 ERA in seven career starts against Atlanta. He allowed two runs and five hits, had two walks and seven strikeouts.