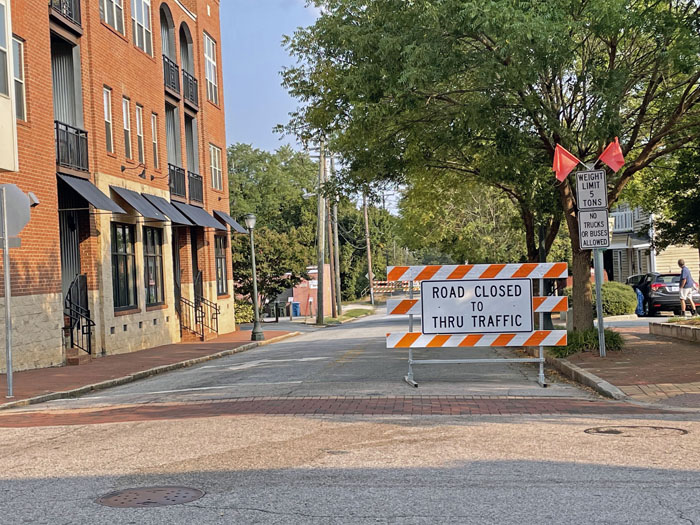 SALISBURY — The North Carolina Department of Transportation closed the 200 block of East Fisher Street Monday to begin making improvements to the bridge to bring it up to national standards.

In February, council members awarded a contract to the North Carolina Department of Transportation to make repairs to bridges located on North Ellis and East Fisher streets. The estimated cost for both projects amounts to $185,758, with another $122,242 designated for additional materials and inspections. The total cost of both projects was allocated from the 2020-21 fiscal year budget fund balance since there is no state or federal match for the project.

Tester said the improvements were determined “priority maintenance repairs” by a NCDOT bridge consultant engineer in an inspection report from January 2020. Tester added that beginning the construction phase of the project has taken a long time because of acquiring permits from the Norfolk Southern Railroad and obtaining permits to perform work in the railroad’s right-of-way.