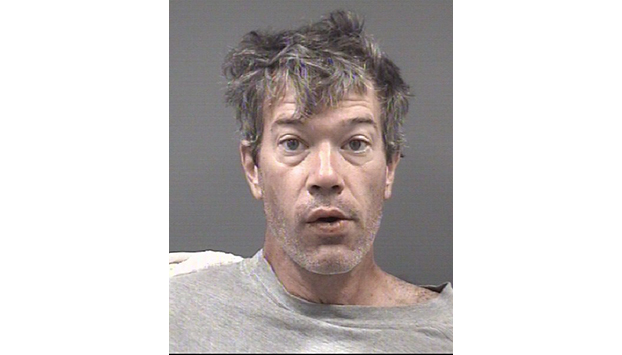 SALISBURY — A Fayetteville man faces a half-dozen charges after he allegedly stole cables from a radio tower on Thursday and caused a temporary outage for T-Mobile customers, according to the Rowan County Sheriff’s Office.

A deputy responded to the radio tower at the end of G Goodnight Road, which intersects with Mooresville Road, after a caller reported a man was stealing coaxial cable, said Maj. John Sifford. There were no houses close to the tower. It’s surrounded by trees and enclosed by a fence.

Lee allegedly told deputies a range of stories about why he was at the tower, including that he worked for a company removing dead wires, he worked for Lee Tower Inc., he worked for the postmaster general, he owned the tower and had permission to legally be there, he was a law enforcement officer, the tower fell under maritime law, he was authorized to do the work under article two of the Declaration of Independence and founding fathers John Hancock and Benjamin Franklin authorized him to be the postmaster general.

While Lee was talking to deputies, a technician for T-Mobile arrived at the site because there was a sudden network outage in the area. Deputies also spoke with other T-Mobile representatives, who said no one was authorized to remove dead wires or do other work on the radio tower, Sifford said. A gate for the fence surrounding the radio tower appeared to be rammed, Sifford said.

Lee was booked into the Rowan County Detention Center with a $15,000 bond.

• A West Rowan Middle School student on Thursday was charged with littering in the 5900 block of Statesville Boulevard in Salisbury.

• A woman on Thursday reported a serpentine belt in her car was possibly cut in the 200 Gallimore Road in Salisbury.

• A Salisbury man on Thursday reported his social security number was obtained by someone else.

• Pedulla Excavating on Thursday reported fraud resulting in a $12,500 loss in the 1200 block of Shinn Farm Road in Mooresville.

• Quashone Demario Smith, 24, was charged Thursday with possession of firearms by a felon.

• Christal Leigh Binkley, 32, was charged with possession of a schedule five controlled substance with intent to manufacture, sell or deliver.

• Ryan Scott Gore, 35, was charged with possession of a stolen vehicle.

• A man reported an armed robbery resulting a $500 loss Friday in the 1600 block of Standish Street.

• Walmart on Friday reported a larceny resulting in a $180 loss in the 300 block of South Arlington Street.

• A woman on Friday reported an assault in the 200 block of Pearl Street.

• A woman on Friday reported her purse was stolen in the 300 block of South Arlington Street.

• A man on Friday reported a breaking and entering in the 900 block of South Jackson Street. The total estimated loss was $4,400.

• Shoplifting was reported twice Saturday in the 300 block of South Arlington Street.

• Police on Sunday responded to an alarm activation Sunday in the 400 block of South Jake Alexander Boulevard.

• A woman reported an assault Sunday in the 400 block of Prescott Drive.

• A man overdosed Sunday in the 1500 block of East Innes Street.

• Cailyn Scott Roseberry, 27, was charged Friday with carrying a concealed gun, for failing to stop at a red light and for outstanding warrants.