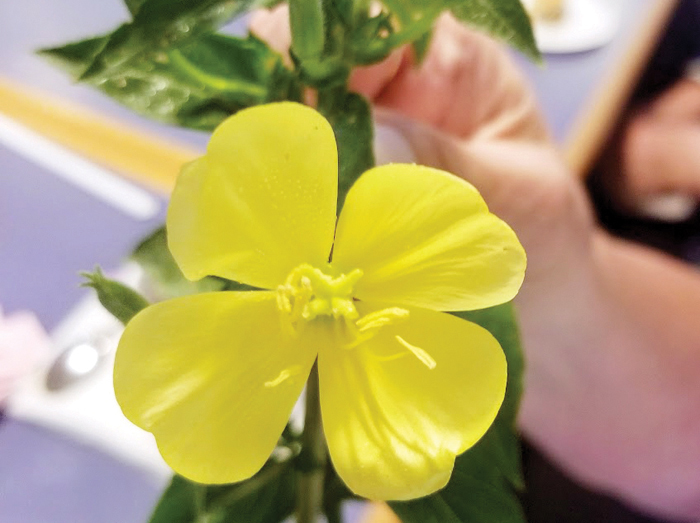 One of the breakfast buddies at Richard’s BBQ brought me a flower one of her friends asked to identify. It was a beautiful yellow flower growing alongside the road. My first thought was, “Is a flower or a weed?” It was an evening primrose bloom. The late-blooming flowering plant is the perfect example of a plant that obviously can be either, but technically, this native plant is often considered a weed. The primrose weed is not to be confused with cultivated plants sold at local garden centers. An early bloomer, primrose can grow to 28 inches tall but can also creep along the ground, almost as a groundcover. 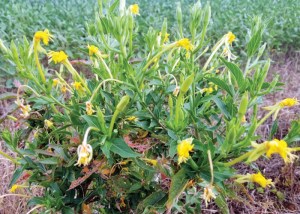 Primrose in the afternoon

Evening primrose produces beautiful yellow flowers which open in late evening and remains open during the night. The leaves are alternate, toothed and lobed. The very ornate flowers and mostly yellow, sometimes have pink tinges. The flower first appears in late spring and bloom until late fall. Primrose has multiple classifications as a biennial, winter annual or a summer annual. Another interesting trait is the night bloom attracts night flying insects such as the hummingbird moth spreading flower pollen as it flies from bloom to bloom. During the heat of the day the bloom closes. Unfortunately, the plants often look somewhat dilapidated. During late summer months into the fall, primroses produce an abundance of seed that have the potential to spread in unwanted areas. Go to https://content.ces.ncsu.edu/cutleaf-evening-primrose for more detailed information about this beautiful weed.

Darrell Blackwelder is the retired horticulture agent with the North Carolina Cooperative Extension Service in Rowan County. Contact him at deblackw@ncsu.edu.