Winless no more, Hamlin looks for momentum at Richmond 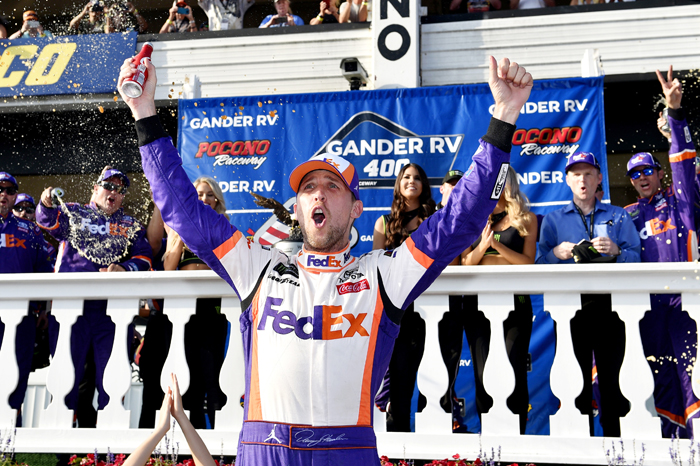 RICHMOND, Va. (AP) — Denny Hamlin has run up front all season and he figured luck would eventually be on his side and a return to victory lane would follow.

His first victory of the season came last weekend in the playoff opener at Darlington and now he is looking to ride the momentum as the NASCAR Cup Series heads to his hometown track, Richmond Raceway, for the second playoff race today.

“We’ve got some great tracks really for these next few weeks that really suit our history and my history there,” he said. “We just hope to continue that momentum and hope to build as many playoff points as we can for the next round and the following round. … I really feel like our team has been strong all year.”

The victory boosted Hamlin from seventh to second in the points race, 34 behind Kyle Larson, who he outran to the checkered flag. It also ended a 31-race winless streak for a driver who won 13 times combined in 2019 and 2020. 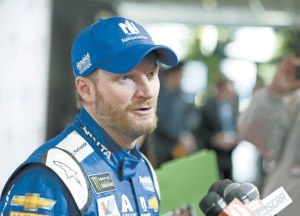 Dale Earnhardt Jr. will make his third appearance in the Xfinity Series since he retired after the 2017 season. He’s raced once each season since and finished in the top five in all three starts.

“I won’t get excited, I guess, until I’m standing there getting ready to get in the car, because if I get excited, I get so nervous and my anxiety goes through the roof, I almost exhaust myself,” he said on a Zoom call Thursday. “I’ll be worn out before I ever get to the racetrack.”

Earnhardt has won seven times at Richmond — three times in the Cup Series and four in the Xfinity Series. He now works as an analyst on NBC.

As time has passed, he said he’s slowly forgotten some of the finer details of being an effective racer, and when he climbs from the car after the race today, he will scribble reminder notes to take with him back to the booth.

“That’s my job as an analyst, is to sort of explain where the drivers mind is at any given moment in the race,” he said. “And so that I think really, to be honest with you, getting inside this car for this one race is more about that.”

Richmond Raceway will acknowledge the 20th anniversary of the Sept. 11 terrorists attacks with a tribute to victims and first responders on Saturday ahead of the two races.

Fans will all be given small American flags as they enter the track, there will be a large piece of steel from the Twin Towers on display in the midway and first responder vehicles will lead the parade laps before the Cup Series race. Cars will also display a special decal in the race.

Toyota, the weekend sponsor, will also have a Wall of Remembrance honoring those lost on 9/11. Many teams will have special memorial or patriotic paint schemes to mark the day.

“I don’t like using the word anniversary tied to this,” track president Dennis Bickmeier said. “I mean, it’s kind of general terminology, but for me, I think it’s about honoring and remembering what happened 20 years ago.”

Martin Truex Jr. is an 11-2 favorite at Richmond, according to FanDuel Sportsbook. … Richmond Raceway is celebrating its 75th anniversary this season. … Points leader Kyle Larson will start on the pole. … Two races remain in the Xfinity Series before the 12-driver playoff field is set. … Kevin Harvick (seventh) and Tyler Reddick (12th) are the only winless drivers in the field of 16. Harvick won nine times in 2020.