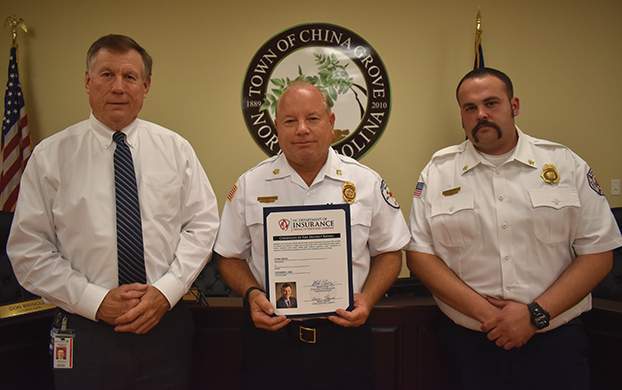 CHINA GROVE — When Mike Zimmerman became chief of the China Grove Fire Department in fall 2014, he inherited a department with problems.

Lacking records and information needed for an overdue ISO fire score inspection, the department was placed on probation by the state and its rating remained a six.

“We had a year to get some things taken care of,” Zimmerman said.

Zimmerman made good use of that year. After a subsequent inspection, the department’s rating improved from a six to a four. The ISO rating scale goes from one to 10, with one being the best. A rating of 10 means the department is not recognized as certified.

On Friday afternoon, Commissioner of Insurance and State Fire Marshal Mike Causey announced that the department’s score has improved again — this time to class two. Causey delivered the good news in person while standing in front of a room full of firefighters and town officials in China Grove’s Town Hall.

“I’m very happy,” said Zimmerman, who is also chief of the Bostian Heights Fire Department. “I’m pleased for both the department and the town. Our guys worked really hard to obtain this rating.” 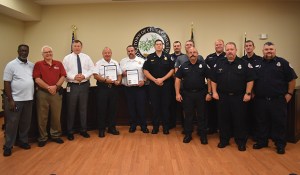 The inspection was conducted in the summer by Jeremy Hunt, one of eight rating inspectors employed by the state. The ISO rating is formulated while taking numerous factors into account, including response times, firefighter training and equipment.

Although Zimmerman said he “didn’t have a clue” the department would be able to improve its score to a two when he took over as chief seven years ago, he knew a better rating was coming when he heard that Causey was scheduled to visit on Friday.

After presenting Zimmerman with a certificate featuring the new and improved rating, Causey commended the China Grove Fire Department for the progress it’s made.

“To think about that in less than five years they’ve gone from a four to a two, and considering where they were 10 to 15 years ago, this is pretty remarkable what’s been accomplished here,” Causey said.

The magnitude of the fire department’s improved ISO rating is not lost on Mayor Charles Seaford.

“I’m just ecstatic,” Seaford said. “I’m pleased knowing where we came from and what all has transpired in the past six or eight years. It’s an amazing accomplishment.”

The department’s new score is not only good news for the firefighters who worked hard to achieve it, but should also be cause for celebration among the town’s home and business owners.

“Generally, a lower number certainly means improved service for the citizens, improved response time, but in many cases it translates to better homeowner‘s insurance rates and especially insurance rates for businesses,” Causey said. 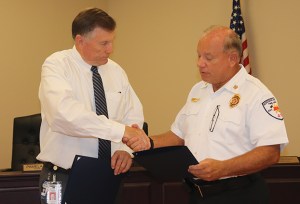 Zimmerman credited the China Grove Town Council for supporting the department by providing funding for additional vehicles, equipment and paid firefighter positions. The department, which has a roster of six full-time firefighters and close to 20 part-timers, recently had to purchase a new ladder truck after its last one was damaged in a wreck while responding to a call on I-85.

Now that the China Grove Fire Department has a class two rating, the trick will be to keep it.

“We’re going to have to maintain this, too,” Zimmerman said. “It’s going to be hard, but I don’t see why we can’t maintain it.”

Zimmerman isn’t satisfied with the second-best score. He said he wants to eventually achieve the top score possible.