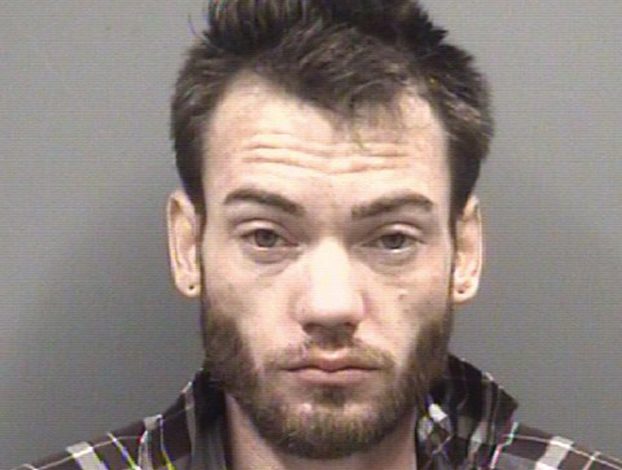 SALISBURY — A Salisbury man faces charges of kidnapping, rape and assault on a female after he allegedly restrained his girlfriend with packaging tape and left her with bodily injuries.

Jason Maurice Paris, 32, was initially charged with assault on Sunday following an incident at his home on Dappler Lane. Rowan County Sheriff’s Office deputies responded to a call regarding a domestic disturbance at the location around 11 a.m. They arrived to find a victim sitting on the porch of a mobile home across the street from Paris’ residence.

The victim told deputies that Paris, her boyfriend, helped prevent her from overdosing the night before by administering a dose of Narcan while she was in Thomasville. The victim said Paris then transported her to the hospital early Sunday morning for an unrelated medical issue before bringing her back to his home in Salisbury.

After arriving at the residence, where the victim has lived off and on, Paris and the victim engaged in several arguments, according to a Rowan County Sheriff’s Office incident report. The victim said Paris assaulted her by hitting her in the face and knocking her down. Paris allegedly told her not to leave the residence while he went to work and proceeded to restrain her with clear packaging tape before sexually assaulting her, according to the Sheriff’s Office report.

According to the report, Paris cut the tape to allow the victim to use the restroom, but he continued to assault her when she was finished. The victim pretended to be unconscious and was able to kick Paris off of her before fleeing the home and calling 911, according to the Sheriff’s Office report.

The victim sustained a number of injuries during the altercation, including a knocked out tooth, bloodied nose, bruised eye, abrasions and scratches in several places on her body.

A deputy transported the victim to the emergency room.

Sheriff’s Office deputies initially arrested Paris on Sunday for assault on a female after finding the living room of his home in “disarray” and locating an empty tape container and used tape at the scene of the crime. At the time of his arrest, deputies observed Paris to be “glassy eyed” and said he had a hard time staying awake or keeping his balance, according to the Sheriff’s Office report.

After conducting interviews with the victim and Paris the following day, investigators on Tuesday brought additional charges of kidnapping and first degree rape. Paris told investigators he thought the victim was having another overdose and that he was trying to wake her up by shaking her. However, Paris couldn’t provide a reason why her injuries were so severe.

Paris is currently being held in the Rowan County Detention Center.