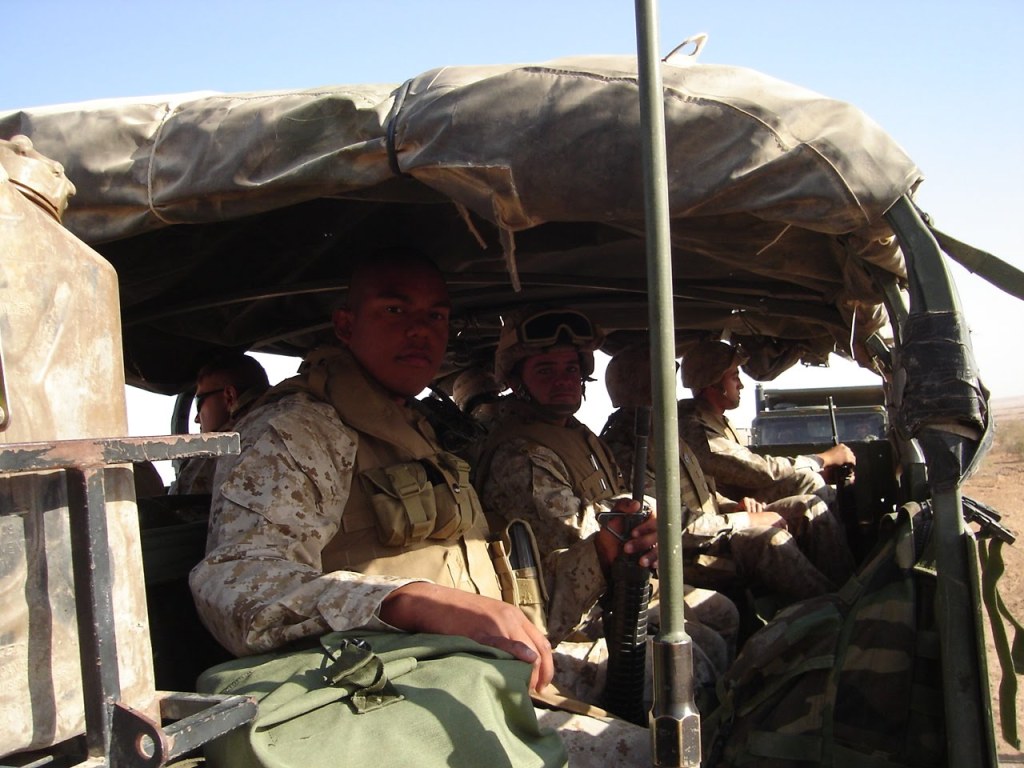 Photo submitted - Al Rosero in Iraq. Rosero joined the Marine Corps in 2003, out of high school and was in New York during the 9/11 attacks.

SALISBURY — Bernie Sahadi was devastated when the planes hit the World Trade Center in 2001.

The career Marine was stationed in California at the time. Turning on the TV to see the footage on the morning of Sept. 11, he asked “is that real?”

It was real, and the attack set off a chain of events in the entire U.S. military. Sahadi said everyone was called into base, there was a head count, everyone was told to get their gear ready and take care of anything they needed to before departing. Most of the daily work stateside stopped.

“Unless it was a critical emergency, it wasn’t happening,” Sahadi said.

Sahadi said the readied state started to taper down after about a week. Initially higher-ups in the Marine Corps chain of command thought service members would be deployed somewhere immediately.

“You just sat there twiddling your thumbs, reading all the message traffic,” Sahadi said.

After troops were deployed to the Middle East, Sahadi would spend a year in Iraq and four in Afghanistan as a master sergeant infantryman. Sahadi was part of third battalion, fifth Marines when the battalion was deployed during the invasion of Iraq in 2003.

One of his duties, after hostilities died down, was recovering stashes of Iraqi dinars from seven banks that allegedly had stashes that belonged to Saddam Hussein.

Sahadi retired from the Marine Corps in 2004, after 25 years of service. He worked for General Electric and later went back to Afghanistan as a contractor working for the U.S. State Department. He was a military adviser mentoring Afghan police and soldiers, teaching SWAT tactics, basic driving and using armored Humvees.

Sahadi said he is glad the U.S. pulled out of Afghanistan, though he disagreed with the way it was done.

Al Rosero was still in school when the towers were hit. His experience was different from Sahadi’s. He enlisted in the Marine Corps in 2003, straight out of high school and well into the conflict in Afghanistan.

The attacks may have contributed to him enlisting, but he saw the military as his only opportunity out of school. He had no other plans, no family business to work for and did not want to take a menial job.

“I was in New York when that happened,” Rosero said. “It was part of the reason why I joined, but not ultimately the only reason.”

Rosero signed up after the attacks, knowing he would be sent overseas.

He spent 18 months in the Middle East as part of a force readiness unit on a ship. He left the military after eight years in service as a sergeant. He contrasted his experience with Sahadi’s, saying the unit on the ship was there to support people on the front lines.

“There’s different groups in the military. Bernie’s group was out into the middle of combat,” Rosero said.

Rosero said his unit was always at the ready, with flak jackets on and equipment at hand.

Looking back on the conflicts in Afghanistan, he said it feels like the military went there and was doing something, but now it is back to square one.

“It makes you question what you were doing a little bit,” Rosero said. “It doesn’t really make me feel bitter. It’s something you can’t control.”

Rosero said he has never regretted joining the military and serving helped him find work when he was discharged. When asked if he was OK with long hours and hard work for his first job interview, he told the interviewer “I’m a Marine.” He was hired.