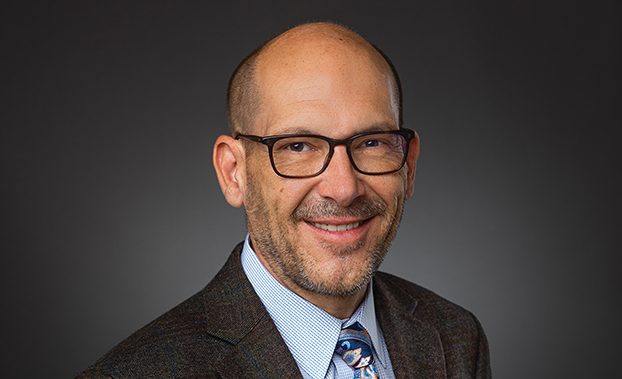 SALISBURY — Walking through downtown with a colleague, Paxton Butler noticed something shiny on the ground.

“As we stopped, I looked down and at my foot there was a bullet laying on the sidewalk, right out here on the corner of Main and Innes (streets),” Butler said.

Although it was just a shell casing, Butler saw it as a representation of something more.

“I worry about where we’ve gotten to where that’s what happens to you just walking down the street,” Butler said. “That bullet is lying there right now, but if that bullet is flying through the air I don’t know what will happen.”

Butler, 50, said his concern about the crime rate is why he left his position as an assistant district attorney in Rowan County in June after spending almost a quarter-century as a criminal prosecutor. Butler, an attorney at Davis and Davis Law Firm, partly stepped down from his role to prepare for a run for district attorney, an elected position that has been held by Brandy Cook for over a decade.

“I feel a responsibility to the community I live in is the bottom line,” Butler said. “I know that I can improve things.”

The general election for district attorney won’t take place until November 2022, but filing will open on Dec. 6 and the primary election is scheduled in March.

A native of eastern Tennessee, Butler said he fell in love with Salisbury when he visited for the first time as an undergraduate student at the University of North Carolina — Chapel Hill. He was introduced to Rowan County by his wife, whose family has lived in the area for decades.

After graduating, Butler returned home to Tennessee to live with his grandmother while he volunteered at a public defender office. The experience, he said, ultimately influenced his decision to pursue a career in the courtroom.

“It was a unique perspective and at the time I thought, ‘Wow, I don’t know if I really want to be on this side. It seems like all of our clients have some issues that need to be dealt with,’” Butler said. “I was more focused on being a prosecutor as a result of that.”

When he graduated from the University of Memphis Law School in the late 1990s, Butler made his way back to North Carolina and landed “right next door” as a prosecutor in Iredell County. Butler said he was prosecuting murder trials in superior court within a few years. Over time, Butler took on the responsibility of prosecuting all child sex cases in Iredell and Alexander counties. With the average prosecution rate on such cases being around 30% statewide, Butler said he worked with local law enforcement and child advocacy organizations on improvement

“Through that process, I sat at the table and brought law enforcement and the Department of Social Services and the DA’s office together and worked those cases as a team from the start all the way through until the trial and follow up afterwards,” Butler said. “When I left that position, we were at a successful prosecution rate of 98%.”

Butler also credited a “proactive approach” to the increase in the number of successful child sex case prosecutions. That’s an approach he said he’d like to implement in Rowan County if elected.

“We, like many other places, take the reactive approach in that we don’t attack those cases until we have a child victim standing in front of us telling us that something has happened to them,” Butler said. “I firmly believe we need to be ahead of that and proactive in the sense that we’re out hunting these pedophiles down.”

Butler was hired as an assistant district attorney in Rowan County around 2008 by former Rowan County District Attorney Bill Kenerly. Once in Rowan County, Butler led the prosecution of a number of major cases, including the case against former Catawba soccer coach Ralph Wager, who is now serving life in prison for sex offenses.

In addition to “shining some light” on the predators who “hide in the darkness,” Butler said his top priority as district attorney would be on building the relationship between the office and local law enforcement agencies.

“It’s so critically important that law enforcement and the district attorney’s office work hand in hand and work well together,” Butler said.

Having a strong relationship with law enforcement agencies, Butler said, would help improve accountability as well.

“I see the elected district attorney as someone who not only protects the community from crime and criminal elements, but as someone there who is the last bastion to protect their constitutional rights,” Butler said. “It starts at the basic level of making sure that any enforcement that’s done in the community is done properly. And if it’s not, there has to be consequences. It must be addressed.”

In the courtroom, Butler said he would focus his energy on prosecuting people who have committed major felonies and violent crimes.

“You can’t try everything. As a matter of fact, we can only try a very small percentage of cases,” Butler said. “So, we shouldn’t be wasting our time on the lowest-level felonies where we might actually be able to rehabilitate someone. Instead, we need to be focused on the ones that are lost to us, those people that, based on their actions, it’s clear they need to be removed from our society as long as we can possibly do that.”

Rather than put first-time offenders who have committed low-class felonies on trial, Butler said he would be interested in offering them deferred prosecution, which gives them the chance to have their charges dismissed after completing probation, community service or restitution.

“It gives young people, people who have made a mistake for the first time in their lives, an opportunity to correct the course of their lives,” Butler said.

Butler’s other priorities would be an open-door policy, mentoring young prosecutors and working with local leaders and organizations to create a community center that would provide resources to women and children. Giving young families the help they need, Butler said, would help prevent crime in the county in the future.

“At the end of the day, I just don’t want to find anymore bullets on the sidewalk,” Butler said.