A successful test run for Jimmie Johnson in Texas 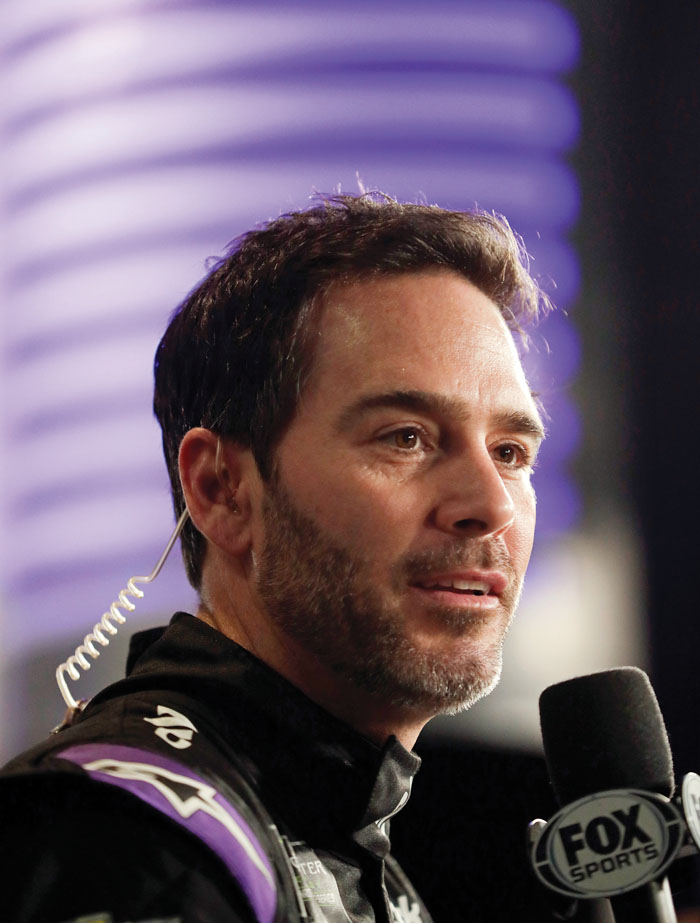 Jimmie Johnson says, ‘Once I kind of understood what to look for and how quickly the car would turn, I got into the flow of it pretty easily.’ (AP File Photo/John Raoux)

Jimmie Johnson moved one step closer to adding the Indianapolis 500 to his IndyCar schedule with a successful test on his first oval.

The track was familiar — Johnson has a record seven victories at Texas Motor Speedway — but the sensation of speed was totally different.  The 45-year-old IndyCar rookie hit an average speed of 214 mph, a mark that would have qualified him fourth for the 2020 race at the 1.5-mile speedway.

“It was quite significant to start, so low in the car, vision is somewhat limited, just how quick the car responds to steering wheel input was pretty new and different for me,” Johnson said Tuesday, a day after his test at Texas.

He went to Texas with a full support staff from Chip Ganassi Racing, where driver coach Dario Franchitti and current teammates Scott Dixon and Tony Kanaan were there as guides. The trio has a combined five Indianapolis 500 victories and Dixon, a five-time winner at Texas, was already in the No. 48 preparing to shake it down for Johnson when he arrived at the track at 5 a.m.

“There’s only so much you can do with an oval, but the awareness of the banking and how to support the IndyCar with the banking was a little different for me, and my NASCAR line had me a little wide on corner entry and exit. And Dario and Scott, I got their attention a couple times with my wide entries and had to bring that in,” Johnson said. “But once I kind of understood what to look for and how quickly the car would turn, I got into the flow of it pretty easily.”

Johnson entered IndyCar this season adamant he’d never run on an oval, largely because of safety concerns and a promise he made to his wife to stick only to road and street and courses. IndyCar’s last two fatalities, Dan Wheldon in 2011 and Justin Wilson in 2015, were in crashes on ovals and the day after Wheldon’s death Johnson had called on the series to drop all ovals from its schedule.

The risks made it easy for Johnson to build his IndyCar program around only the road and street courses, with Kanaan driving the No. 48 in the four oval races this season. But Johnson had the urge to at least test an oval, and he’s cited the safety advances such as the cockpit-protecting aeroscreen, as reasons to reconsider.