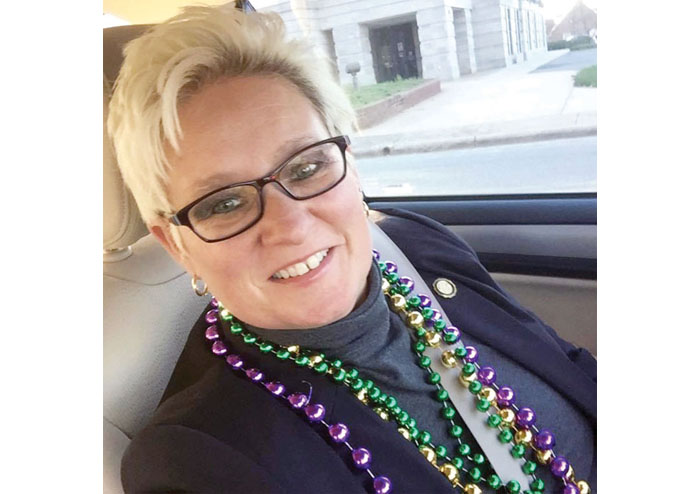 SALISBURY — City Council incumbent Tamara Sheffield hopes her “level-headed business approach” and “people over politics” mindset will be enough to win her another term.

Sheffield, 52, is an account manager for PepsiCo’s Frito-Lay branch who’s served on the council for four years. She’s active with Salisbury Pride, previously serving as president. She has been involved with Lee Street theatre and Piedmont Players as well as serving as liaison to the city’s Appearance Commission, Human Relations Council and Historic Preservation Commission.

Sheffield was first elected to council in 2017, making history as the first openly gay candidate to win election. That year, Sheffield said it would be one of two terms and planned for a four-year commitment. Her decision to seek a third term is not one she arrived to lightly, she said.

The hiring of a new city manager following Lane Bailey’s departure in December ranks among the most important issues for Sheffield and a reason for her candidacy. Sheffield said her familiarity with the local government process, budgeting and ongoing issues and projects is “critically important,” particularly because there will be at least two new people on the City Council. Ideally, Sheffield said she’d like to hire someone who can manage projects and people and has a strong financial acumen. She said an ideal candidate would match Bailey’s level of humility and respect for people while providing “a breath of fresh air.”

“We need to put some groundwork down to where, no matter who comes in and out, they know what’s going on and the work’s been put in,” Sheffield said. “And that’s what I think I can bring to that. If I leave an account at work, I have everything you need to know to take over that account and the connections to connect to the decision-makers at my work away from the city. And I don’t think that that should be any different here.”

Other issues and goals for Sheffield include finalizing a transportation plan and further developing the city’s biking and walking opportunities. Additionally, projects such as Fire Station No. 3 need to be completed, she said. Fire Chief Bob Parnell said during a candidate information session last week that plans are ready for the new station, which would relocate from Innes Street to Mahaley Avenue. Zoning is OK. The city bought land, too. Parnell urged the council to complete the project.

Sheffield said the city must increase its pay and benefits so that all departments can remain competitive and Salisbury can be the “employer of choice.”

“(We need to) fund the fire department and police department to make sure that we’re not only retaining our talent but sourcing talent for that,” Sheffield said.

While public safety is a priority, Sheffield extended the call for safety to entities like the Salisbury-Rowan Utilities.

Additionally, Sheffield said the city should continue collaborating with partners such as the county’s Economic Development Commission and Chamber of Commerce to embrace and attract more minority business opportunities to boost economic development.

Sheffield draws on her experience managing accounts with PepsiCo’s Frito-Lay in her approach to making decisions for the city on council. She credits herself with taking a “level-headed business approach” and using common sense in fiscal responsibility.

Sheffield cast the only “no” vote to the city’s adoption of the 2021-22 budget, citing disapproval for the inclusion of a 2% increase in water and sewer prices and a $1.15 increase in residential curbside waste collection. An 8-cent increase to stormwater fees was adopted to offset inflation and fund stormwater projects aimed at reducing flooding and pollution in compliance with the existing National Pollutant Discharge Elimination System permit.

She also credits herself for “staying on” particular issues to prevent the city from “kicking the can down the road.” One example is the adoption of a citywide nondiscrimination ordinance in June after Sheffield requested the issue be discussed during a March council meeting. The ordinance adoption was among the goals set by council members for 2021.

Sheffield said collaboration and consensus is the only way to move the city forward, which requires doing some homework on issues before they’re discussed. She added that she hopes her record reflects that.

“I’m more than a politician. I think my actions prove it. My track record proves it,” Sheffield said. “Heck, I’m a citizen, too. And I volunteer and I’m an activist in this community. I’m your neighbor … I hope people have seen that from me over the last two terms, and I hope people can see me continuing to serve for another term.”