Cheerwine Festival canceled due to ‘increased and overwhelming’ COVID-19 concerns 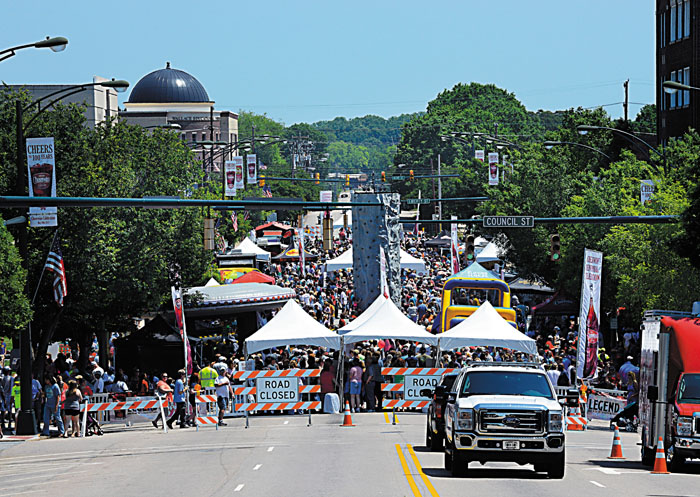 FILE PHOTO North Main Street was packed with people for the fir Cheerwine celebration; photo by Wayne Hinshaw, for the Salisbury Post

The festival had been scheduled for Sept. 18.

“We’ve been monitoring the situation closely, and have decided to cancel this year’s festival in order to ensure the health and safety of everyone involved in the event,” said City Manager Lane Bailey. “This was not an easy decision, but following increased and overwhelming concerns, we feel this is the best way to proceed during our current situation.”

City leaders earlier this year moved the annual festival from its May celebration to September in an effort to host an in-person event after more locals received vaccinations and COVID-19 restrictions were lifted. A virtual celebration was held in 2020 with a performance from Sugarhill Gang, Tone Loc, Nathan Angelo and ACE Party Band.

Salisbury Communications Director Linda McElroy told the Post a virtual celebration requires “a lot of technical and behind-the-scenes production.” The city isn’t able to produce a virtual show in time for a September celebration. She added that a virtual celebration in 2020 was more engaging for those who tuned in, whereas virtual events now are “much more commonplace.”

“I had hoped it could be (virtual) but understand the technical difficulties at this late date,” said Mayor Karen Alexander.

Approximately 100 vendors were selected for this year’s return to downtown. Grammy-nominated rock band Spin Doctors were set to headline this year’s event, with other performances from Lauren Light Trio, Tsunami Wave Riders and 9daytrip.

“We’re grateful to all our fans who have attended in the past or planned to join us this year,” said Joy Ritchie Harper, vice-president of marketing for Cheerwine and fifth-generation founding family member. “We look forward to welcoming everyone to Salisbury in May 2022 when the festival returns.”

State data showed as of Monday, 48% of Rowan County residents have received at least one dose of the COVID-19 vaccination and 44% is fully vaccinated. A total of 1,438 cases have been reported in the county in the last seven days.