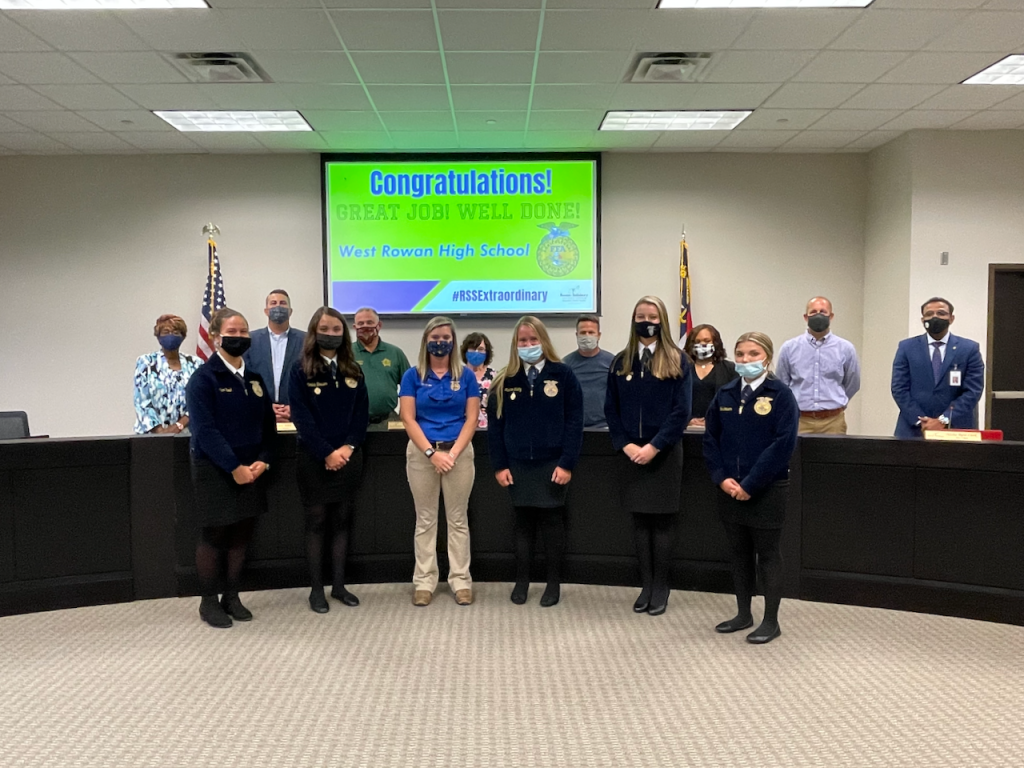 Photo submitted - FFA students and advisor Tori Cardea with the Rowan-Salisbury Schools Board of Education.

SALISBURY — West Rowan High’s agriculture program and Future Farmers of America chapter have set themselves apart recently and the state has taken notice.

More than two dozen awards were on the agenda for West students during the Monday meeting of the Rowan-Salisbury Schools Board of Education.

They were all for the school’s FFA chapter, which has set itself apart as an elite program, ranking first overall in the state three years in a row. The alumni chapter also ranked first in the state this year.

The chapter took home first place in the state for its career development event marketing plan team, the same for its agriculture sales senior and junior CDE teams and agriculture communication team.

The board recognized all the students involved and chapter advisers at the meeting, bringing them up for photos with the board.

The school’s agriculture program was awarded first place in the state by the N.C. Agriculture Teachers program in July.

The program has received several grants in the past year, totaling $25,000. $23,000 of that funding was applied for by Tori Cardea, an agriculture teacher at the school who is also secretary for the NCATA.

Tori Cardea is the secretary for the organization and regional chair of the member of the National Association of Agricultural Educators Member Services Committee.

Cardea’s colleagues are also involved in the state organization, Matt Owen is state treasurer, Jason Chester is chair of the nominations committee and Alex Silliman serves on the N.C. FFA Board of Directors for the region.