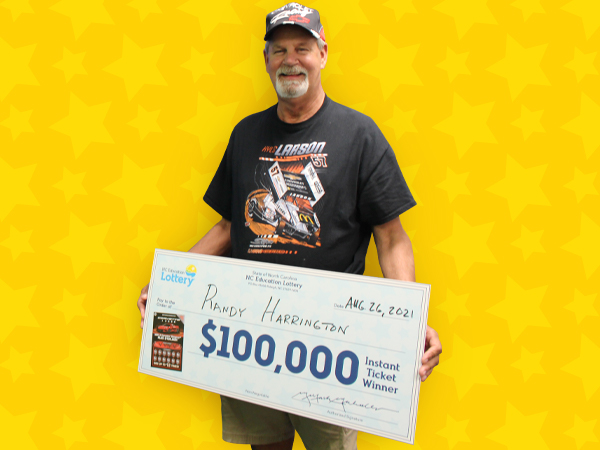 RALEIGH — Randy Harrington of Salisbury couldn’t believe his luck when his $5 scratch-off won him a Corvette Stingray and $100,000 cash.

“Unbelievable,” Harrington said of how he felt to be claiming his prize Thursday at lottery headquarters in Raleigh.

He purchased his winning $5 ticket from the Kangaroo Express on Copperfield Boulevard in Concord and took it home to let his wife take a look.

“She said, ‘All this thing says is ‘Corvette’, and I said, ‘Well, the whole ticket is about a Corvette!’ ” he recalled. “And she said, ‘Well, we didn’t win.’ And I looked at it and we had won. I was in tears. It just floored us both.”

“We’re going to pay off all of our bills. That’s the main thing,” he said.

With the rest, Harrington and his wife plan to buy a new trailer.

Corvette & Cash launched in July, with four top prizes of a Corvette Stingray plus a $100,000 cash prize.

In addition to the cash, winners choose a 2021 model or a current available model, pick their favorite options and bring home a sports car with a value of up to $109,600.

Harrington thinks he’ll opt for either red or blue.

One top prize remains to be won instantly. A fifth Corvette and $100,000 will be the grand prize in a second-chance drawing offered as part of the new game. All Corvette & Cash tickets can be entered into the drawing. The date of that drawing has not been set.

COVID-19 daily case increase Thursday among highest yet for…