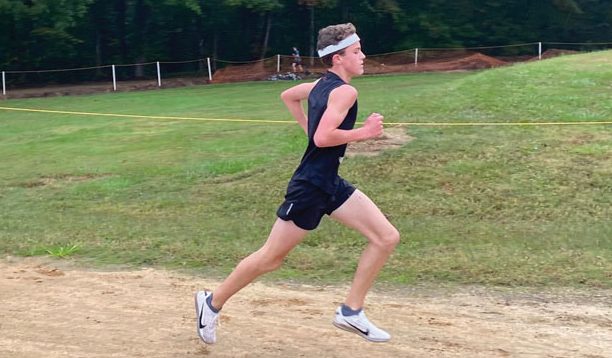 East Rowan’s Thomas Ferguson was fourth and led the Mustangs to third place.

Salisbury’s Jake Denhard ran 18:30 for second place, while Will Koontz was third in 19:40.

He helped put together the Cannon Ballers’ Salisbury Community Night game in July.

East Rowan lost 6-3 to Concord on Tuesday in a South Piedmont Conference match.

Sisters Lauren Whisnant and Lindsey Whisnant won No. 5 and No. 6 singles matches for the Mustangs and teamed for a doubles victory.

Payton Black had 15 digs for the Raiders (4-1). Meredith Faw had seven digs and 11 kills. Kali Nelson had six digs. Emma Owens had 33 assists. Cameron Black had 14 kills. Ava Huffman and Avery Welch had six kills each.

East (4-1) bounced back to beat North Stanly in four sets on Tuesday.

Lenoir-Rhyne was voted as the favorite for the upcoming season by SAC coaches. The Bears got five of the nine first-place votes.

Wingate was picked second, while Newberry and Tusculum round out the top four.

Rounding out the poll were Carson-Newman, Limestone, Mars Hill, UVa Wise and Catawba.

The 2021 SAC football season kicks  off on Thursday, September 2 with Wingate, Mars Hill, and Carson-Newman hosting non-conference games. The remaining six teams will suit up for season openers on Saturday, Sept. 4.

Instead of a preseason all-conference team, the SAC issued a “Players to Watch” list.

SAC coaches voted Wingate as the favorite for the upcoming season.

Next were Anderson, Carson-Newman, Queens and Lenoir-Rhyne.

Catawba was picked 11th in the 13-team league.

GARS members played the fourth round of the GARA Annual ABCD Tournament at Lexington Golf Club.