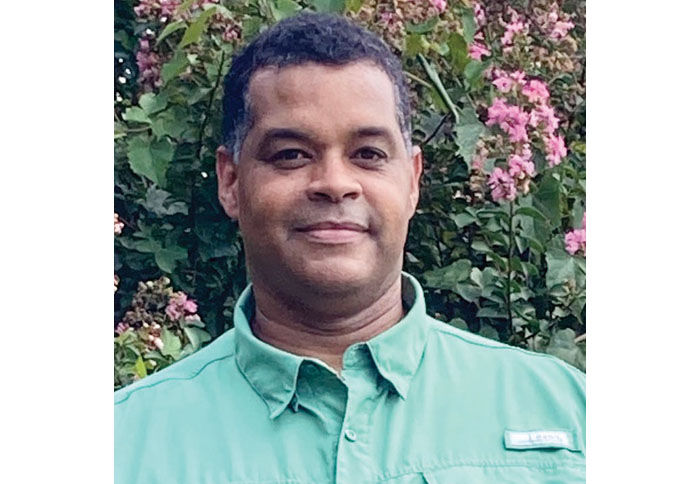 SALISBURY — City Council candidate Harry McLaughlin says his 15-year career with the U.S. Secret Service and background in business would benefit the city as it works toward being a livable, inclusive and business-friendly community.

McLaughlin, 50, is the owner of McLaughlin’s Grocery on West Monroe Street. He became the owner in 2017 after a 15-year career as a member of the U.S. Secret Service, where he protected presidents, vice presidents, foreign heads of state and their families. During that tenure, he also investigated financial crimes and led computer forensic operations.

McLaughlin said he decided to try something different following the 2016 election.

He’s looking to bring skills gained from earning a business administration degree, time leading the grocery store and experience as an officer in major cities to the council level. McLaughlin said he wants to continue promoting businesses, reduce crime and attract families with more opportunities for home ownership.

McLaughlin said he’s grown so tired of the divisiveness of party politics and changed his political party to “unaffiliated.” Sometimes, he’d even limit the political discussions that took place in the grocery store. But when reading over the city council’s vision statement, McLaughlin said he knew the skillset and experience he possesses could help the council meet its goals for the city.

Those goals include remaining a livable community with its own identity and sustainable growth, a place where children choose to return to live when they become adults and being a city that promotes a positive business climate and economic opportunities for all residents.

McLaughlin said the city has the opportunity to attract more businesses, particularly white-collar workers, given its location. Additionally, while there are programs in place to promote and boost small business and minority-owned businesses, the problem is that many are unaware of those resources, he said.

McLaughlin said he sees an opportunity to partner with local colleges and schools to boost and create programs that help grow the city’s business environment.

McLaughlin said there is not enough opportunity for residents to purchase homes and a lack of awareness about programs that assist people in becoming homeowners.

Salisbury’s rate of crime is something that startles McLaughlin because of prior work in cities such as Atlanta, Washington, D.C., and Baltimore. But he said trust plays a key factor, particularly when petty crimes go unreported due to a lack of trust, for example, which can then lead to bigger problems.

He sees increased home ownership and additional recreational opportunities for children as some ways to mitigate the city’s current high rate of crime. When there is a lack of recreational opportunities, he said, children may turn to gangs for a support system. And if the price of rent is too high for families to stay in one place, frequent moves can create instability for children.

“But if you have a vested interest in that you own this place, you’re going to make sure that the area is going to be better,” McLaughlin said. “You have more interest and more want to make the area better for your kids.”

Additionally, as a Black man who’s also worked in law enforcement, McLaughlin said he can relate to the issues and concerns on both sides and use his experience to help improve the relationships.

“Being in the service, I’ve had to draw my weapon and decide whether I should pull the trigger or not based on the situation,” McLaughlin said. “And then I’ve been on the other end, just sitting and driving and being pulled over and I see the gun being drawn, and I’m like, ‘Well, what did I do to have a gun be drawn on me?’ So I’ve been in both situations. I can see and relate to on both sides.”

McLaughlin sees continual improvements to the city’s infrastructure as another big issue, adding that some areas of the city are accustomed to flooding, which may be exacerbated with the threat of climate change. He said ongoing improvements are necessary because he’s witnessed growth that’s occurred too rapidly in places such as Atlanta and Washington, D.C., which results in negative impacts for those who already live in those places.

Hiring a city manager is also a big issue, McLaughlin said, and something he hopes the new council will be closely involved in. City Manager Lane Bailey is retiring in December, and the sitting council will soon begin the process of selecting a new one to hire. McLaughlin said he’d like to see someone who can work well with others since they will be in charge of more than 400 employees and able to see how all decisions impact all areas of the city.

McLaughlin and his wife live in Salisbury and have a blended family together.