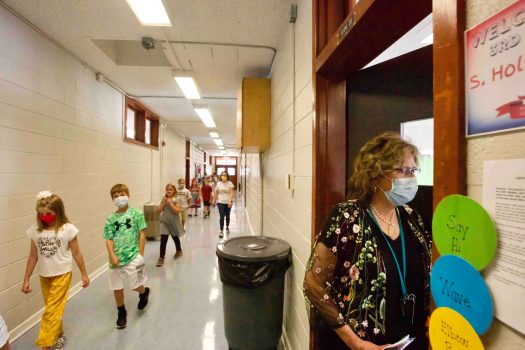 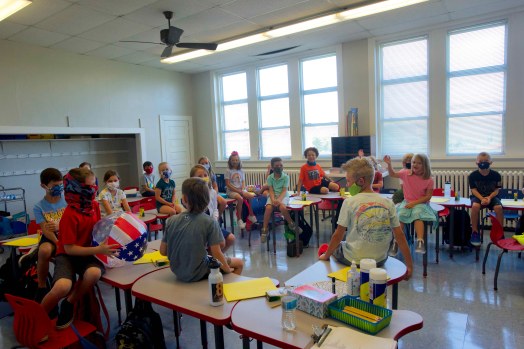 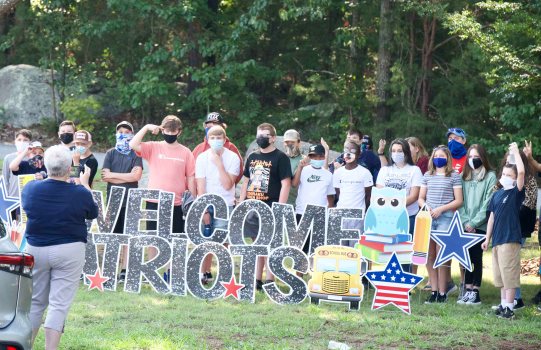 Formerly Faith Elementary, the charter school brings new administrations, staff, grade levels and students to a building that Rowan-Salisbury Schools planned to close. The new school moved first into the old building in June. The K-7 charter is finishing work on its mobile classrooms situated behind the school, which it plans on moving into in the next week. The school’s 500 students still fit inside the buildings, but Faith Academy is using rooms such as the media center to accommodate the extra students in the meantime.

On Friday, the school’s board put an indoor mask mandate in place, reversing course on a decision earlier that made them optional. The delta variant of COVID-19 is continuing to spread rapidly, and a recent exposure required more than a dozen students to quarantine before classes began.

Faith Academy Chair George Wilhelm said the school does not want entire classes to be required to quarantine because of an infection. The board will revisit the issue every two weeks.

Masks are still not required outdoors, and the school is encouraging teachers to spend some time teaching outside.

Otherwise, Wilhelm said there were a couple bugs in the traffic line on Monday the school should have worked out by today.

Administrator Sarah Hensley said she was pleased with the attendance for the school’s open house on Friday — when 96% of students showed up to get acquainted. The school is hitting the ground running with instruction on the first day.

Charter schools are not subject to districting like regular public schools, and they must accept students from all over who apply and get a seat through a weighted lottery. Hensley said many of the students come from other counties and the school was in the process of compiling its demographic data on Monday.

Hensley said the school anticipates, through no fault of parents or other schools, having to help some kids catch up after a year of tumultuous instruction during the pandemic. The academy has after-school programs for kids who need more help taught by certified teachers.

“I’m just lucky I have a wonderful staff,” said Hensley, who has spent months hiring everyone in the school.

First-grade teacher Wendy Eller worked in another district. Eller said she came to Faith Academy because she is excited about what the school is going to be. As an educator who has worked in a number of roles, Eller said she was excited to go back into the classroom.

On Monday morning, she was working with her class on their routines and procedures.

Other people are excited about the school as well. Kim Collins stopped by the school that morning just to donate some supplies. She lives in the community, and her kids went to Faith Elementary. She was at an office supply store recently and decided she wanted to contribute.

“I’m glad that it’s got new life in it,” Collins said.