Ask Us: How was Bell Tower Green Park funded? 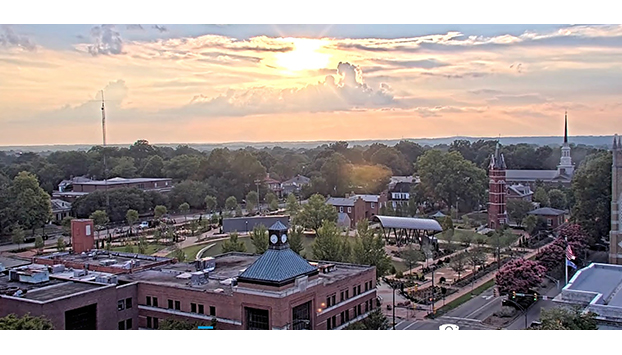 This image, provided by Jason Walser, shows Bell Tower Green Park from cameras atop the Plaza building in downtown Salisbury.

While the construction of Bell Tower Green Park was no cheap matter, the project’s final estimated cost of $13 million will be almost entirely privately funded.

The park, which transformed a block of land between West Innes, South Church, West Fisher and South Jackson streets, is in its final days of construction. A grand opening is set for Sept. 10, with musicians and other entertainers to perform. Readers asked for a breakdown of expenses and donations to Bell Tower Green Park, which is managed by a nonprofit with the same name.

Bell Tower Green Board Vice President Jason Walser provided a full list of costs to turn the park into reality:

• $2 million to purchase the property, demolition and for taxes and insurance.

• $9 million to build the park, including construction and supplies.

• $500,000 in indirect costs such as project management, stabilizing the Wrenn House and interest on loans.

The largest chunk of funding came from donations by individuals and families, but there were in-kind donations and direct contributions from grants and governments.

“We have been humbled by the level of broad-based support we have received from the community,” Walser said.

The full breakdown of contributions is as follows:

• $9 million from individuals and families.

• $2.5 million from corporations and charitable foundations, with the Blanche and Julian Robertson Foundation being the largest contributor, at $500,000.

• About $500,000 from the city of Salisbury via direct appropriations and in-kind contributions such as paving.

Once the park is finished, the city will buy it for $700,000. Half of that amount will be provided by the North Carolina Parks and Recreation Trust Fund Grant. This is a state-funded grant program that cities and counties can request grants from in order to construct or maintain public parks and maintain beaches.

After the city purchases the park, it will be responsible for the maintenance and upkeep.

In the annual budget report for the city, the Parks and Recreation Department requested $125,000 for the upkeep of the park. The city allocated $50,000 of the requested amount for Bell Tower Green Park.

Along with the maintenance of the park being paid for by the city, the electricity and water bills will also be paid by the city.

Once construction is finished, the park will be open to the public seven days a week. Areas of the park can also be rented for a private wedding or event by contacting the city’s Parks and Recreation Department. The park will also have a splash area for the public to enjoy.