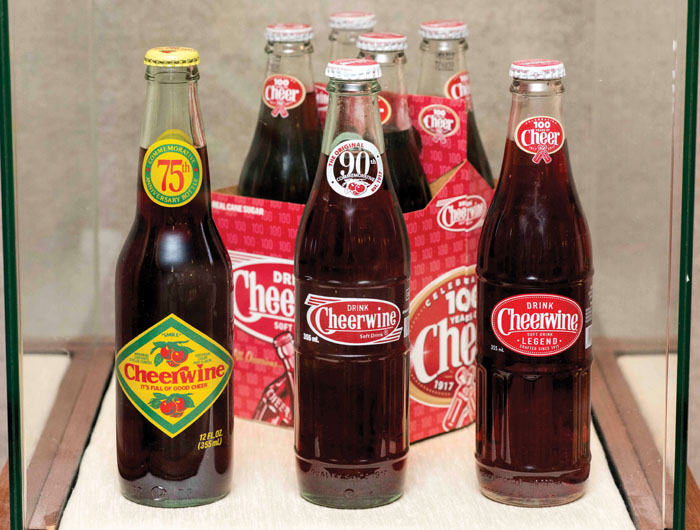 A set of bottles from the 75th, 90th and 100th anniversary is on display. Jon C. Lakey/Salisbury Post File Photo

SALISBURY — Three products made by local businesses are among the 68 nominees entered in this year’s “Coolest Thing Made in NC” online competition.

“Congratulations to our 2021 nominees; each product tells a special story of the impact and innovation manufacturers have on our great state,” NC Chamber President and CEO Gary Salamido said in a news release. “As we always say at the NC Chamber: what’s made in North Carolina makes North Carolina.”

Launched by the North Carolina Chamber in 2020, the statewide competition invites the public to nominate and vote for their favorite product manufactured in North Carolina. This year’s contest is presented by Old Dominion Freight line.

“Manufacturing is an important part of our state economy, so we enjoy celebrating the products made right here in our back yard,” Greg Plemmons, senior vice president of sales for Old Dominion Freight Line, said in a news release. “The businesses nominated for the ‘Coolest Thing’ competition represent the best of North Carolina, and Old Dominion is proud to partner with the NC Chamber for this unique contest.”

Voting for the contest has opened. Fans of each product can go to coolestthingmadeinnc.com to make their opinion count.

The 15 semifinalists will be announced on Sept. 2. The field of candidates will narrow with each round of voting, and the winning product will be revealed on Oct. 1, National Manufacturing Day. Join the contest’s social media campaign by following #CoolestThingMadeinNC.