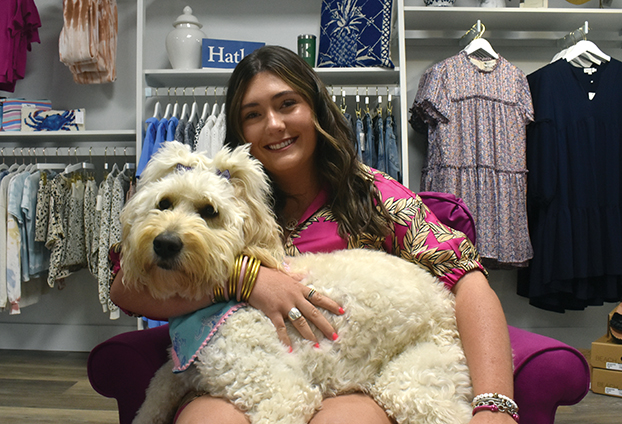 KANNAPOLIS — The demolition of the defunct Cannon Mills buildings in the mid-2000s was a moment Shellie Stubbs still remembers vividly.

“The hardest part for me was the smokestacks coming down,” Stubbs said. “That was really hard on me.”

Stubbs has pictures of the mill hanging on her walls at home — a reminder of the town she grew up in. Both her mother and father worked at the mill up until its closing. She graduated from A.L. Brown and her first job was at Cannon Bed and Bath outlet, a linen store located where the Cannon Ballers now play baseball games. Every Sunday the family would visit the Gem Theatre and stop at What-A-Burger on the way home.

“When I’m here, I feel home,” said Stubbs, who moved to Salisbury by the time the mill was flattened.

Although the memory of one of the city’s darkest moment still plays out in her head, Stubbs is excited to play a role in the current revival of Kannapolis. Stubbs provides the business acumen and behind-the-scenes support for Oxford + Lee, the trendy Southern clothing boutique owned by her daughter Karlee Eagle. The shop started in Salisbury, but added a second location at 133 W. Avenue, Suite C. in Kannapolis in May.

The mother-daughter duo has been a team since Eagle opened Oxford + Lee on East Innes Street in 2019. It has since moved around the corner and is now located at 103 N. Main St. Launching the store was the fulfillment of a dream for Eagle, who drew up business plans for Oxford + Lee as a student at Catawba College.

In the two years Oxford + Lee has been open, Eagle said she’s enjoyed running her own shop and being able to stock the store with clothes that she likes.

“I get to do all of the fun stuff,” Eagle said. “I love talking with people and selling things.”

Owning the shop hasn’t been without its struggles. Keeping the business upright during the pandemic, Stubbs said, was difficult.

“It’s been a big challenge,” Stubbs said. “It’s been really hard trying to keep it afloat and not getting many grants.”

While Oxford + Lee did receive a grant from Rowan County, Eagle said they haven’t been able to secure other forms of funding, such as a loan from the federal government’s Paycheck Protection Program. Still, the shop has persisted and like many others has worked to pivot to online retail.

Eagle was drawn to open a second location in Kannapolis largely by the $52 million ballpark bringing thousands of fans to the area on a weekly basis.

“I saw a lot of people coming to the baseball games and I thought it was a good opportunity since everything is growing,” Eagle said.

Many other businesses have filled in the formerly vacant storefront along West Avenue, several of which opened second locations like Oxford + Lee. Old Town Soap Company, which is based in China Grove, is right next door. Falls Jewelers came back to the city as well and opened a second shop on West Avenue in addition to its store in Concord. 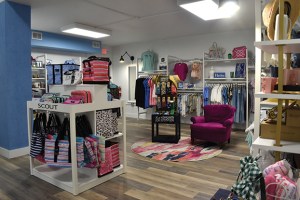 Oxford + Lee’s second location opened in Kannapolis in May. The store was a homecoming for Shellie Stubbs, who runs the business side of the boutique for her daughter, Karlee Eagle. Stubbs grew up in the Kannapolis community and is proud to be a part of the city’s revival. Ben Stansell/Salisbury Post

Since Oxford + Lee opened in Kannapolis, Eagle said the store has been working to attract new customers. Tucked away in a small shopping center shared with a few other stores, the boutique doesn’t have a storefront and only recently had a sign installed by the sidewalk.

“I think this is a hidden gem that hasn’t gotten out yet,” Stubbs said.

The foot traffic during baseball games, Eagle said, does bring in a lot of customers. The goal now is to turn those customers into regular shoppers, she said.

The Kannapolis location looks and feels like the Salisbury store in many ways. It carries the same brands of men’s and women’s shirts, socks, purses, dresses and other accessories. Oxford + Lee’s beloved mascot, a 5-year-old goldendoodle named Maggie who can be seen lounging in the Salisbury shop window, can now also be found napping in a pink chair in the Kannapolis store.

As Oxford + Lee continues to plant its roots in Kannapolis, Stubbs said she is excited about taking part in the city’s comeback.

“I never dreamed I would have a child who would want to own a boutique and bring it back to my hometown,” Stubbs said. “… It’s exciting to me for her to experience what I was able to experience growing up.”

Whenever Stubbs visits her daughter’s store in Kannapolis, she’s sure to stop at What-A-Burger for a bite of nostalgia.

Oxford + Lee’s Kannapolis location is open Monday-Saturday from 10 a.m..-7 p.m. and Sunday from 10 a.m.-4 p.m. More information can be found online at shopoxfordlee.com.