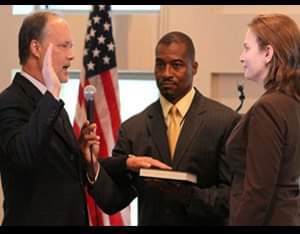 SALISBURY — The rapid Taliban takeover of Afghanistan and the ensuing refugee crisis there is the worst possible result of two decades of America’s presence there, said Alissa Redmond, who worked in the country for the U.S State Department.

Now, Redmond said, she is thinking of those at risk in the country.

“What I’m going through is nothing compared to the reality they’re faced with,” Redmond said.

The South Main Book Company owner is a U.S. State Department employee who has been on sabbatical for two years. On Sept. 13, 2011, she was in Washington, D.C., studying Dari, the most-spoken language in Afghanistan, when the Taliban attacked areas in Kabul, including the U.S. Embassy.

A month later, she was leaving for Afghanistan to serve as a consular. She would serve there until January 2013. Now, Redmond is trying to get reactivated by the State Department so she can help get Afghan translators out of the country amid the Taliban takeover.

“Most of the people I worked with in 2011 and 2012 have been able to leave, but their family members are still left behind,” Redmond said. “Depending on the relationship, they may not qualify to come.”

Redmond ran a small unit. Her staff members were all Afghans, and she worked with locals outside of facility walls to examine human rights situations and identify bodies of Americans who were murdered.

One of her staff watered the roses in front of the U.S. embassy while it was closed in the late 80s, 90s and early 2000s, hoping one day the Americans would return and create some change in the country.

“That’s something that I think about, especially this week, all the time,” Redmond said. “These are people that believed we were coming to help build a stable future for their country.”

Redmond said Afghans who worked with Americans took risks. They went through multiple checkpoints when they went into work, and the public saw them. The man who watered the roses was abducted, stuffed into a truck and beaten more than once for working with the Americans, Redmond said.

“They weren’t working for us to just make a good paycheck,” Redmond said. “They believed we were all working to build an Afghanistan that would outlive the Taliban.”

Redmond said Americans sent “some of our best people” to try and create some stability in the country. She recalled getting to know Anne Smedinghoff — a 25-year-old diplomat who was killed by a car bomb in 2013 in Qalat. The last time Redmond saw Smedinghoff was at a rap concert the embassy hosted. People from Kabul came, read poetry and spoke about growing up in a militarized zone. Many women were involved, and the U.S. funded the schools that taught them.

“She was so incredibly in tune with all of her colleagues and had all these connections with journalists,” Redmond said.

Redmond said Smedinghoff should be back in D.C. serving the Secretary of State. She said there are thousands of Americans like Smedinghoff, and many people know one.

“Everyone has given something and lost something,” Redmond said.

Lutheran Services Carolinas, a Salisbury-based nonprofit, is also stepping up to help Afghans fleeing because of their support of the Americans.

The nonprofit is currently working with three families protected by the Special Immigrant Visa program. LSC has been helping evacuees since the program was established with case management, employment, housing and community resources.

This is not new work for the organization. It has been resettling Afghans for years.

As an example, the nonprofit in 2014 helped Noor Amiri, who worked as an instructor and interpreter for the Afghan National Army. He fled Afghanistan because interpreters for the U.S. were being murdered. After two years trying to get a special visa, Amiri, his wife and son were approved and flown into New York City.

They were sent to South Carolina, where LSC helped settle the family.