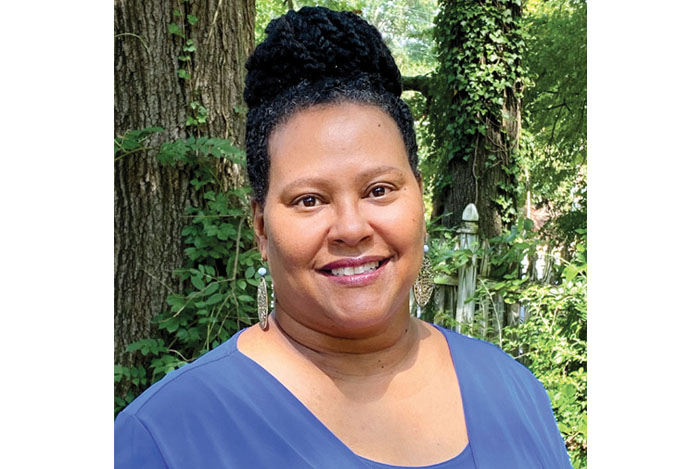 SALISBURY — In the city’s inaugural mayoral race, Mayor Pro Tem Al Heggins says she wants to capitalize on a record of working across the aisle and experience as a veteran to accomplish big ideas she has for Salisbury.

This year will mark the first election where Salisbury voters can directly elect a mayor thanks to a successful ballot measure in 2019. Heggins is competing against Mayor Karen Alexander.

Heggins made history in 2017 when she was the first Black woman elected to city council, and made history again when appointed the city’s mayor in 2017.

Heggins’ background includes being a school teacher and college administrator, small business owner and human relations director for the city of High Point. She ran for the N.C. House of Representatives last year against Republican Rep. Harry Warren.

She is also an Army veteran. Heggins said she looks to that experience when leading the city.

“When you’re working with your platoon or your battalion or your brigade, when you are having movement, you don’t want to leave anybody behind. So you want to make sure that that entire collective group doesn’t move any faster than the slowest person in that group,” Heggins said. “As the leader of that group, it’s my job to make sure that we’re disseminating the information in the way that it needs to be disseminated … that we’re taking care of people in a way that they need to be taken care of physically and emotionally so that we’re all moving together. And that when that tide rises, each and everyone of us is on that boat as it’s being lifted.”

Heggins said serving as mayor is all about having big ideas and sharing those ideas with council members and members of the public. Collaboration among city leaders and all members of the public are core to her platform, which lays out a vision for reimagining, reshaping and rebooting the city.

Among the top priorities, Heggins said, is public safety and a collaborative effort in reducing crime. She added that city leaders should ensure law enforcement officers and firefighters have sufficient resources and support from the city and public for community policing. She referenced Fire Station No. 6 that opened on Cedar Springs Road in March and how fire personnel are having to work 48-hour shifts to cover the station, which calls for more positions in the budget.

Another core issue for Heggins is the implementation of participatory budgeting as the annual spending document is being put together. The majority of what council uses to fund services is with taxpayer money, even when receiving grants, she added, which calls for more input from the taxpayers.

“Moving into the 2022-23 fiscal budget, it is time for Salisbury to engage in participatory budgeting,” Heggins said. “And what that means is we have a process that is more inclusive, that is more transparent and that is really listening to what our residents are saying the needs are and how we need to allocate our funds in the city.”

Similarly, Heggins wants the public to be involved in the city’s selection and hiring of a new manager after Lane Bailey’s retirement in December. She said it is important to have a manager who understands a public participatory budgeting process, is transparent and well-versed in civic engagement and knows what it means to have social and racial equity.

Heggins has ideas of reshaping the city, which includes broadening the Neighborhood Leaders Alliance into a Congress of Neighborhoods with representatives from every neighborhood.

“These neighborhood voices can help guide the city on how best to spend public funds,” Heggins said. “It’s about that shared power because that’s what it’s supposed to be.”

Heggins also sees a need for reshaping the city’s parks and recreational opportunities by improving the city’s bike lanes and increasing walkability throughout the city to continue promoting active, healthy lifestyles.

Heggins said she sees an opportunity to reboot the downtown economy by allowing entrepreneurs to utilize space for pop-up events to showcase their goods and products. Doing so will bring in more people, who can then visit the brick and mortar spaces downtown.

Heggins also envisions rebooting the city’s commitment to equity, which requires viewing historically underutilized businesses, known as HUBs, as a priority when contracting with vendors for city events and projects.

The city adopted in 2019 a Resolution of Reconciliation, which included a commitment to providing an annual equity report. Heggins said the city must make good on that promise.

“To me, equity means that the power truly is with our people and that City Hall remains the people’s house,” she added.

Additionally, Heggins said the city should complete the process started in 2019 to establish the School Justice Partnership, which is a collaborative effort among Rowan County and the state to “keep children in the schoolhouse and out of the courthouse.” Heggins helped initiate the program as mayor in 2019, when two events were held to educate the public about the school-to-prison pipeline and discuss next steps with community stakeholders. A group of stakeholders drafted an agreement related to misconduct within the school system.

Heggins said she prides herself on a proven record of working across the aisle, adding that being straightforward and a person of her word are strengths of hers.

“When you’re representing your city, you talk about how great your city is,” Heggins said. “But you’re not afraid to talk about what some of those shortcomings may be if those shortcomings come up and how we are addressing those shortcomings. And I think with this framework of reimagining, reshaping and rebooting, it is clear that not only are we working and building on some of the resources that we already have in place, but we’re also thinking outside of the box by including the public voices across our city because our city is rich in diversity and perspectives.”

Heggins currently chairs North Carolina’s 13th District Congressional Democrats and is a member of the North Carolina League of Municipalities, the Poor People’s Campaign and the organizing committee of NC Local Progress.

She and her husband, Isaac, who is also a veteran, have seven children between them and six grandchildren, with another on the way.