For ‘Big 3,’ Next Generation Sports Academy’s focus is on youth improvement

SALISBURY — It was so long ago when Darien Rankin, John Knox and Romar Morris first met that Morris, who would become a championship sprinter, was playing on the defensive line.

Those were mostly good days for youngsters growing up in Salisbury. 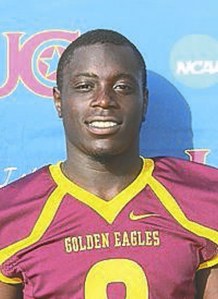 “We all could have gone different ways, but sports always gave me a way to interact with people,” Knox said. “The best thing in our lives was sports. We looked forward to the Saturdays at Dunbar or Hall’s.”

The sports cycle never really stopped. Summer meant AAU basketball adventures for the trio. Football arrived later in the summer and was the priority until it merged with the school hoops season in November. Spring meant track and field for Rankin and Morris and baseball for Knox.

And then the cycle would start all over again.

“There wasn’t any time to get into trouble,” Rankin said. “It was always sports. Sometimes two or three things a day.” 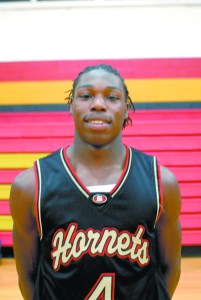 At Salisbury High, Rankin cleared the high jump bar at 6 feet, 8 inches, dominated football games on defense with his combination of speed and physicality and ruled the local basketball world. He was one of the all-time best in the Sam Moir Christmas Classic, undefeated for his career.

Knox was the quarterback of Salisbury High’s 2010 football state champs, a standout guard in basketball and a perennial All-Rowan County infielder in baseball.

Morris was a big play waiting to happen on the football field and MVP of 2010 2AA state championship game. He was an unbeatable track sprinter, the fastest man in the state at his peak, winning state titles indoors and outdoors.  He used that remarkable speed to be a lockdown defender in basketball. 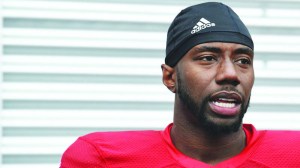 “I loved to compete,” Morris said. “Even if was badminton, I was going to try to beat you.”

None of them were 6 feet tall, but Rankin, Morris and Knox would become Salisbury’s legendary “Big 3,” and while West Rowan was putting together a 3A football dynasty that would achieve 46 straight wins 10 miles away, Salisbury was becoming the best overall athletic program in 2A. In 2009-10 and 2010-11, the junior and senior years for Rankin, Knox and Morris, Salisbury was the Wells Fargo Cup winner for all of 2A, restoring the school to the athletic stratosphere it had enjoyed in the late 1980s.

In the spring of 2011,  at the Dean E. Smith Center, Morris was presented with the Male Athlete of the Year award by the North Carolina High School Athletic Association, the crowning high school athletic achievement for the Big 3.

College opportunities were there.

“We were tenacious and we defied some odds by excelling in academics as well as athletics,” Morris said. “We earned full scholarships.”

For Rankin and Morris, that meant UNC football, big-time games in massive stadiums. Morris was a tailback, while Rankin played safety and linebacker for the Tar Heels.

Knox headed to the Division II University of Charleston, a school where he had a chance to win the starting quarterback job. He did it all there, shining as a receiver and defensive back, as well as fulfilling his QB dreams.

His rare speed took Morris to NFL camps and finally to far-away playing fields in the Canadian Football League, while Knox’s time as a pro quarterback continued as a superstar in Sweden.

Time marches on, and while Morris still has his famous wheels, a decade has passed since the Big 3 graduated from Salisbury High.

They are still close friends, bonded forever by hundreds of shared ballgames that they played in front of their parents, their families and their friends.

“You played for your parents,” Morris said. “We were doing it mostly to make them proud.”

The mission now for the Big 3 is to give back and to make a difference for the youth of Rowan County through an organization called the Next Generation Sports Academy.

“A list came out (in February 2020) of the 10 most dangerous cities to live in in North Carolina and Salisbury was on that list,” Morris said. “That was eye-opening. A lot has happened over the last 10 years. We’ve dedicated ourselves to bringing back the unity and positivity to Salisbury.”

Next Generation Sports Academy is about athletics (football, boys and girls basketball, baseball and softball), but it’s also about instilling the importance of education so that athletics can lead to the next level and a college degree.

Besides teaching sports fundamentals and goal-setting, Next Generation Sports Academy will focus on instruction in nutrition and health.

“As a young athlete my diet was bacon, cookies and Kool-Aid,” said Rankin, shaking his head. “I wonder sometimes what I might have become with  better eating habits. I might have grown bigger, taller.”

Next Generation Sports Academy hopes to provide a lot of things while it inspires young athletes to reach their full potential.

The Big 3 hopes to pass on their acquired knowledge to help students pursue their dreams and to use the natural tools they’ve been blessed with to become productive adults.

“We’ll have programs to help students deal with peer pressure and temptations,” Morris said. “We want to recreate the cycle and help prepare this next generation with life skills and values.”

Next Generation Sports Academy hopes to impact students from all schools, not just Salisbury.

Based at Hall Gym, the roots of the Big 3,  Next Generation Sports Academy is based on the founding principles of respect, leadership, faith, courage, discipline and loyalty.

“A lot of people are talented, so your attitude makes it or breaks it,” Rankin said. “Your preparation is who you are.”

For more information on Next Generation Sports Academy, call 704-870-7418 or see nextgensaints on Instagram.