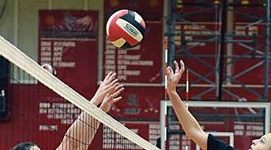 “We played a great first set and we were solid for a first match, but there’s a lot to work on,” West head coach Jan Dowling said.

Noe Gaeta had 37 assists and 12 digs for the Falcons.

East’s jayvees also were winners. Jaeley Legg was the standout for the Mustangs.

East plays a non-conference match at Robinson on Thursday.

Chloee Stoner served for 15 points for the Cavaliers. Hannah Wilkerson served for nine points, and Ella Jones and Reya Shaw served for eight each.

Leah Rymer had 35 assists for the Raiders. Cameron Black had nine kills and 34 digs. Avery Welch had five kills.

Ashley Yang had six assists for the Hornets. Brooke Cunningham had four kills and three aces. Katie Peeler had 10 digs.

Rymer had 22 assists and six kills for the Raiders. Emma Owens had 10 assists.

Salisbury opened on Tuesday at home with a 2-0 non-conference win against West Rowan.

Colin Donaldson and Brayan Avilez scored for the Hornets. Carlos Henriquez assisted on both goals.

Next up for the Hornets is an away match Wednesday night against West Stanly.

Luis Cruz made 12 saves for the Falcons.

West is home against Statesville today.