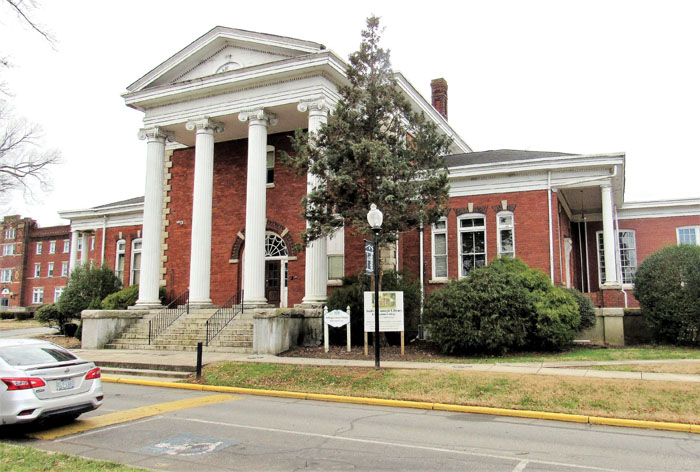 SALISBURY — A federal grant will help Livingstone College pay for the next phase of rehabilitating its Carnegie Library.

The $500,000 grant is the third of its kind awarded to the college for the project and the highest amount available per grant request. Livingstone received the same amount last year and in 2018 from the historically Black colleges and universities grant program of the Historic Preservation Fund, which is managed by the National Park Service. The grant program caters to properties on the National Register of Historic Places or that are part of the National Register of Historic District and is competitive.

The college has been using grant funding to make broad improvements and repairs to the library — from improving internet access points to stabilizing the foundation. Phase three will replace foundation plants, install security doors, a fire escape, new windows, upgrade the bathrooms, new paint and plastering to repair water damage.

“The Livingstone College family is deeply thankful for the continued support of the National Park Service in ensuring that the Andrew Carnegie Library is preserved for future endeavors of the City of Salisbury and the students of Livingstone College,” Livingstone President Jimmy Jenkins said in a statement.

Jenkins created a federal grants and contracts committee in 2017 to begin looking for funding to rehabilitate the facility.

National Parks Service Deputy Director Shawn Benge said HBCUs have been an important part of American education for more than 180 years and the program helps preserve noteworthy buildings at the institutions.

The library is listed on the National Register of Historic Places and takes its name from industrial magnate Andrew Carnegie. Carnegie funded a number of libraries, including 18 HBCU libraries. Livingstone is the only college library allowed to use his name.

The library was funded in 1905 and designed by Robert Robins, a notable African-American and native North Carolinian architect. Many of the bricks used in the building were fired on campus and laid by Livingstone students.

Projects that receive funding are required to meet the Secretary of the Interior’s standards for archaeology and historic preservation.

Included in the guidelines are preserving historic properties that can not be replaced if they are destroyed and public participation. The college received input from Historic Salisbury Foundation on the project.