Teachers reflect on an unusual year, ready for a return to normalcy 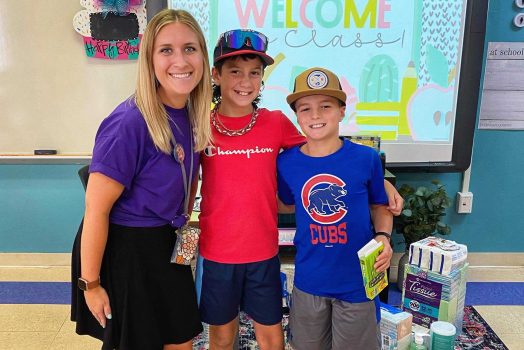 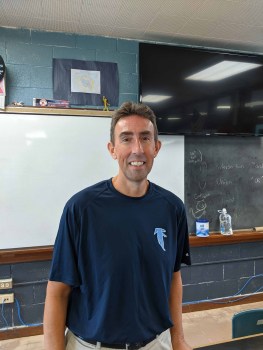 SALISBURY — John Sullivan said the biggest part of starting a school year is getting mentally prepared.

The West Rowan High School math teacher said Rowan-Salisbury Schools teachers will have to get back to the old mindset before the COVID-19 pandemic with the return of normal class sizes and meeting in person five days a week.

Sullivan, who along with other teachers returned to school Wednesday, said a benefit of the small class sizes last year was how much teachers got to know their students. In bizarre circumstances and smaller settings, he couldn’t help but learn more about each student. He hopes teachers can continue that level of interaction.

“As a teacher that’s one where, no matter how big the class size is, if you aren’t making those connections you don’t belong in the teaching field,” Sullivan said.

On Tuesday, some of the faculty at West ate lunch together for the first time in a while. Sullivan said it was nice but also a bit strange. He said last year people at the school were not sure if the district would make it more than a few weeks before having to move classes virtual, but they made it through the entire year without having to change the schedule.

Sullivan said he feels safe in the schools and he is excited for more staff lunches because they are outlets for conversations the staff members were missing last year.

“They are probably as clean or cleaner than they have ever been,” Sullivan said. “West is looking good and is ready for people to be in it. We’re ready.”

Sullivan has been an educator since 1997. Kids always ask him why he teaches, and he said it is about the students and how every year is different. He sees former students in the community, and they are just as excited to see him as they were a decade ago and he gets to hear how he made a difference in their lives.

Jasmine Cochrane, a fifth grade teacher at Rockwell Elementary School, said she is ready for the year and is hopeful for some normalcy compared to last year.

“My hope is we can return to being more student focused and student centered,” Cochrane said. “Last year we were all in survival mode.”

Cochrane said she feels safe at Rockwell and the first thing on her mind for the year is getting her classroom set up to be warm and inviting for the kids. She takes care of the room before she starts to think about lesson plans.

“I like the classroom to feel peaceful and like a place to feel comfortable during the day,” Cochrane said. “I know not all students have that at home.”

Cochrane said she also got to know her students well last year, but one thing that stuck out to her was how involved parents were last year. She said everything became a team effort with parents.

“The parents had to be more involved to make sure their kids were successful,” Cochrane said.

She makes a point to go above and beyond the classroom, showing up to watch her students play sports and other events they are involved in as a show of support. As a parent herself, she hopes her kids’ teachers would make the same kind of investment.